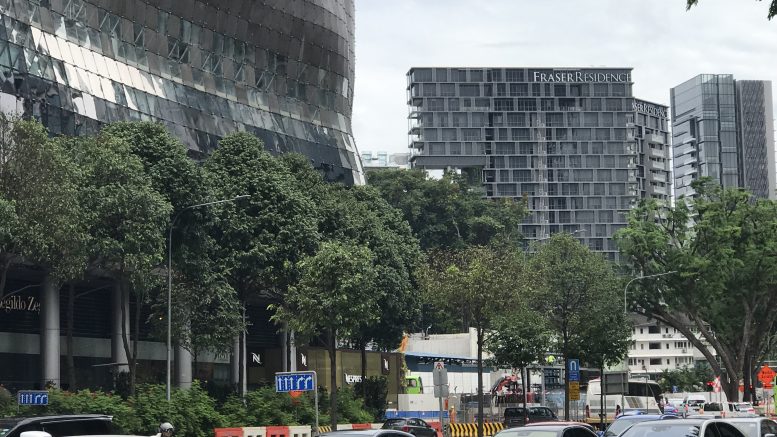 Frasers Property has proposed taking Frasers Hospitality Trust private at S$0.70 a unit in cash, after a strategic review by the REIT’s directors, according to filings to SGX Monday.

The plan is a credible offer, providing strong deal certainty to unitholders for both timing and execution, and it allows unitholders to realize their investment at an attractive valuation, Frasers Property and Frasers Hospitality Trust (FHT) said in a joint statement.

The pricing is a 45.4 percent premium to the one-month volume-weighted average price (VWAP) of S$0.482 through 7 April, which was the last trading day before the announcement of the REIT’s strategic review, the filings said.

FHT cited long-term challenges to its future growth as a listed entity, including obstacles to growing its distribution per unit (DPU).

“Whilst FHT’s portfolio valuation grew by 35 percent since IPO, it has not managed to translate such growth into DPS and NAV growth due to the muted growth within the hospitality sector in the markets FHT operates in and strengthening of the Singapore dollar against FHT’s operational currencies,” the REIT said.

The REIT’s small size — as the second smallest Singapore-listed hospitality trust by free-float — has limited its ability to be included in major indexes and has dampened efforts to make acquisitions, the filings said, noting its free-float market capitalization would need to jump by 4.4 times, or by around S$1.8 billion, to be considered for inclusion in the FTSE EPRA Nareit Index. Index inclusion would usually bring a stronger institutional investor following and improved valuations, which could lower the cost of capital, the filing said.

FHT’s portfolio has 14 properties as of 29 April across nine cities in Asia, Australia and Europe with a combined valuation of around S$2 billion, the filing said.

In addition, the REIT faces uncertainty over the hospitality sector recovery as Covid-19 moves into an endemic phase, the filing said, adding geopolitical tensions and inflationary pressure are also creating uncertainty.

Loo Choo Leong, group chief financial officer of Frasers Property (FPL) said in the statement: “Hospitality remains one of our core businesses. This transaction will allow FPL Group to increase its investment in hospitality assets at locations that we are already familiar with.”

The deal will require regulatory and court approvals, along with approval from at least 75 percent of FHT’s units, the filing said. FPL and its concert parties will abstain from voting on the deal, the filing said.

TCC, which holds 36.72 percent of FHT, has given an irrevocable undertaking to continue to hold its units and not tender them to the offeror, the filing said.

The deal is expected to be completed by late September, with FHT’s delisting expected in the fourth quarter of this year, the filing said.