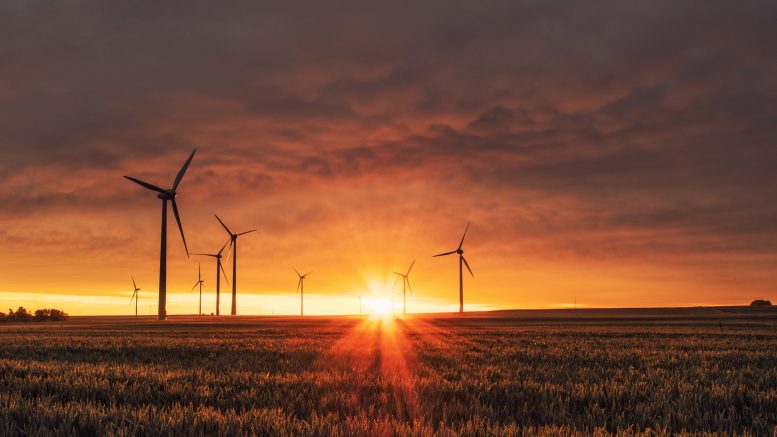 A windfarm in Germany at sunset. Credit: Karsten Wurth on Unsplash.

Temasek Holdings has set up GenZero, a wholly owned platform for investments to speed up decarbonization globally, Singapore’s state-owned investment company said in a press release Monday. Temasek has committed an initial S$5 billion (US$3.64 billion), the release said. The platform will invest in technology-based and nature-based solutions and in carbon ecosystem plays, the release said.

Frederick Teo has been designated as the CEO for GenZero, with the role to begin 1 July, the release said. Teo is currently the managing director of sustainable solutions at Temasek International, the release said, noting he has been in leadership positions at the investment company for nearly 12 years. He roles have included sustainability, portfolio management, business continuity and strategic stakeholder engagement, Temasek said.

“GenZero is driven by the common purpose to decarbonise for future generations. Recognising the importance of immediate action, we will focus on investment opportunities that can deliver positive climate impact by 2030 while ensuring sustainable financial returns,” Teo said in the statement. “Besides deploying capital, we will work with our investee companies to address operational challenges and accelerate the deployment of their solutions to achieve our shared net zero target.”

The board of GenZeo will include Sunny Verghese, co-founder and CEO of Olam, as chairman, the release said. Other board members include Goh Swee Chen, who is president of Globla Compact Network Singapore, Steve Howard, who is chief sustainability officer at Temasek International, Ruth Nussbaum, who is group director at Proforest, and Alan Thompson, who is operating partner at Temasek International, the release said.

Temasek has committed to halving its portfolio’s net emissions by 2030, and reaching net zero by 2050, Howard, noted in the statement. Howard said GenZero’s flexible approach will support near- and long-term investments to reach net zero globally.

GenZero’s investments will include early-stage companies and opportunities requiring patient capital as well as more mature investments which are ready to scale, Temasek said.

“While many decarbonisation technologies and innovations currently exist, they require capital to further advance commercial viability and deployment to scale,” Temasek said.

“GenZero will invest in carbon reduction and carbon removal technologies such as low-carbon materials, Carbon Capture, Utilisation and Sequestration (CCUS), and advanced biofuels such as Sustainable Aviation Fuel (SAF),” to impact sectors including energy, transportation, construction, and manufacturing, Temasek said.

Investments already made by GenZero include Newlight, a U.S.-based maker of biomaterial made from methane, which can displace plastics, the release said.

For nature-based investments, the platform has tied up with Global EverGreening Alliance to support farmers in Kenya with land restoration, and it has invested in the New Forests Tropical Asia Forest Fund 2, the release said.