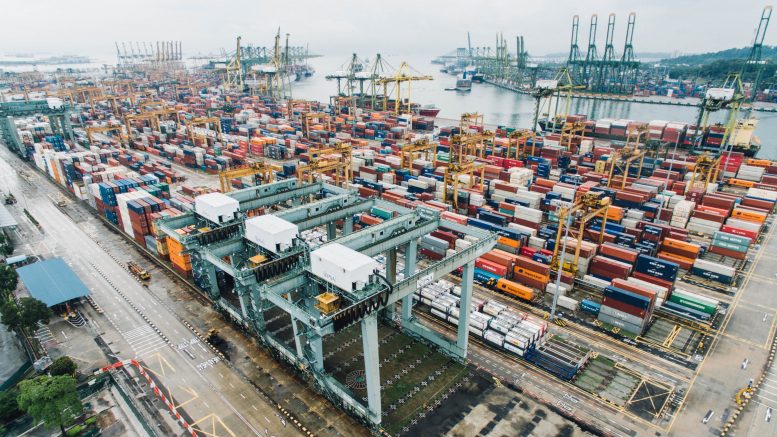 The SGTraDex, which is a public-private partnership, has launched with three pilot use-cases for digitising supply chain transactions, the platform said in a statement. The first is to strengthen financing integrity of trade flows, in part to reduce fraud risks; the second is to track container logistics flows to reduce congestion at ports and transport nodes; and the third is to digitise the bunkering industry to reduce fraud risks in financing and improving the visibility of operational data.

“We believe that the plug-and-play digital infrastructure we have created at SGTraDex will go a long way to make it easy for all participants to share data under an agreed set of rules,” Cadoux said in the statement.

The platform uses the TradeTrust framework and distributed ledger technology to provide proof of authenticity and document origins for data exchanges, the statement said, adding more than S$100 million of value by 2026 is expected from benefits including cost savings and faster financing access.

Singapore bank UOB said it plans to bring all of its bunker clients onto the SGTraDex platform by mid-2023 to boost efficiency and data security; the bank said it is the largest financier of local bunker suppliers, providing more than 50 percent of their financing, and added it began onboarding bunker finance clients in late April.

So Lay Hua, head of UOB’s group transaction banking, said the platform provides clients and service providers a “single data highway.” She said that eases the compilation of trade documents and their submission to the bank, and allows the bank to verify the authenticity of underlying transactions.

Cadoux, SGTraDex Services’ CEO, said the platform’s ability to sign up more than a quarter of all licensed bunker suppliers is due to work by UOB.

“With the digitalisation of the bunker delivery note, financing and payment for the underlying trade can be completed efficiently and on a near immediate basis. Furthermore, the risk of fraudulent manipulation is mitigated as banks and fellow industry partners are now able to ascertain the trade data at source,” he said in a statement.

In a separate statement, Singapore bank OCBC said it has completed its first transaction on SGTraDex, receiving a purchase contract from bunker supplier Equatorial Marine Fuel Management Services (EMF) for the purchase of marine fuel. The contract is one of many documents that customers must submit to banks for trade finance needs, OCBC said.

SGTraDex said it is also developing three additional use cases for the platform: green and sustainable trade financing; demurrage management and ship supply and spare parts acquisitions. Demurrage is the detention of a ship beyond the time allowed for loading, unloading or sailing.