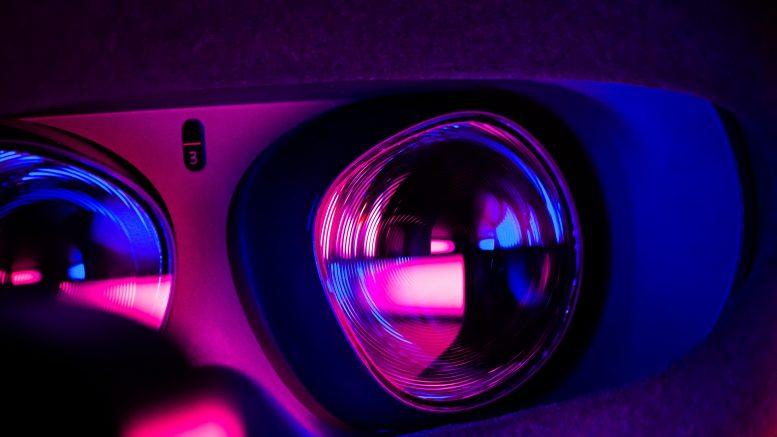 A virtual reality headset. Photo by James Yarema on Unsplash

Yeo will remain an executive director, Vividthree said in a filing to SGX.

Jed Mok, who was CEO, will be redesignated as chief content officer, with his terms of employment unchanged, the company said.

In addition, Jonathan Zhang, age 39, will be appointed deputy CEO, the filing said.

Zhang will abstain from all discussions related to Vividthree’s dealings with GammaR, the filing said.

From November 2021 to the present, Zhang has been the co-founder and CEO of SkyArk Chronicles Holdings, and from August 2019 to February 2021, he was the chief operating officer of Goodwill Entertainment Holding, the filing said.