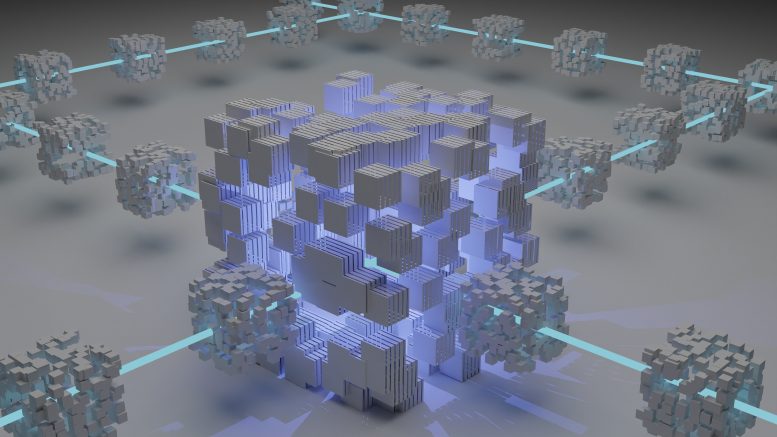 A rendering of blockchain technology. Photo by Shubham Dhage on Unsplash

Temasek-backed digital securities exchange ADDX has raised a fresh round of funding from investors including the Stock Exchange of Thailand and Singapore bank UOB.

ADDX, a digital securities exchange with backing from Singapore state-owned investment company Temasek Holdings and Singapore Exchange (SGX), has raised a US$58 million pre-series B round, with new investors including SET Venture Holding, a subsidiary of the Stock Exchange of Thailand (SET), UOB, Hamilton Lane, and Krungsri Finnovate, the venture capital arm of Bank of Ayudhya, or Krungsri, the company said in a press release Tuesday.

The exchange, which claims it is the largest private market exchange in Asia, said it plans to use the funds to scale its operations. ADDX said some of its strategic initiatives, such as its recent launch of private market services for wealth managers, will need the fresh capital, and it is also working to entice more general partners as issuers on the platform. ADDX also plans to work with its new shareholders on specific projects to expand into new geographies or market segments, the release said.

“The new shareholders aren’t just capital partners, but strategic partners too. They have much to contribute in the form of expertise, ideas, market experience and business networks, and ADDX looks forward to adding value to their businesses in return,” Oi-Yee Choo, CEO of ADDX, said in the statement.

“SET is the second stock exchange to join as an investor after SGX, and this is part of a larger global trend over the past two years of exchanges joining forces in a new capital market landscape that emphasises continuity between the public and private markets,” she said.

Since being licensed by the Monetary Authority of Singapore (MAS) as a private market exchange in early 2020, ADDX has listed 31 deals on the platform, the release said. The deals have included Investcorp, UOB, CGS-CIMB and entities owned by Singapore state-owned investment company Temasek Holdings, such as Mapletree, Azalea and SeaTown. ADDX hosts asset classes including private equity, venture capital, private debt, real estate, hedge funds, cryptocurrency-exposed funds and structured products, the release said.