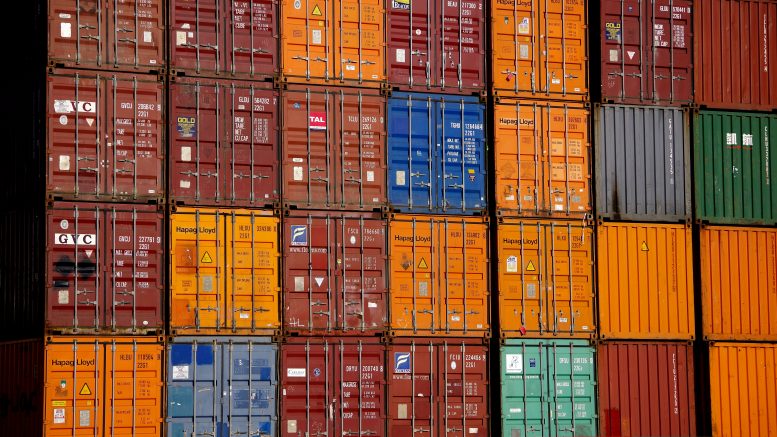 A stack of shipping containers. Photo by Bob Brewer on Unsplash

The deal is expected to be completed in the second quarter of this year, Keppel said.

Tan Kok Mian Victor, the CEO of First REIT‘s manager, said the REIT was working on refinancing its S$260 million loan facility, with expectations it would be completed by year-end.

The REIT is seeking to diversify its funding base, Tan said at the annual general meeting (AGM) held in late April, according to minutes filed to SGX Tuesday.

Tan noted First REIT issued a social bond recently with a credit guarantee from the Credit Guarantee and Investment Facility (CGIF), a trust fund of the Asian Development Bank (ADB), potentially opening up a new channel of funding sources.

The contracts are located in Singapore, Malaysia and China, and are with both new and repeat customers, Nordic said in a filing to SGX.

Hong Fok Corp. Chairman Chan Pengee Adrian said that the performance of the company’s YOTEL Singapore Orchard Road hotel may improve from 2021’s muted contribution with the relaxation of Covid-related cross-border travel restrictions, according to the minutes of the company’s annual general meeting (AGM) in late April, which were filed to SGX Tuesday.

However, the sale of residential units in the Concourse Skyline project would likely be slow due to continued travel restrictions by countries such as China and Hong Kong, as this would decrease the pool of potential foreign buyers, Chan said. Additionally, the Singapore government has imposed cooling measures on the city-state’s property market, including additional buyer’s stamp duty increases for foreign buyers and non-individuals, which may dampen residential property sales, he said.

Is CapitaLand Mall Trust overpaying for stake in Westgate mall?