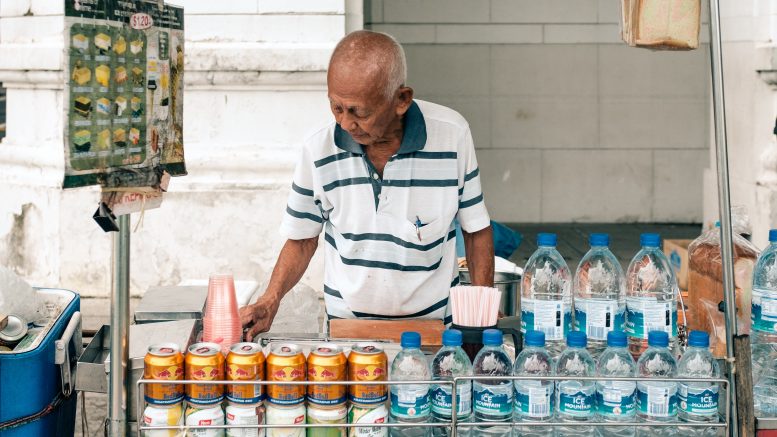 A Singapore uncle selling Singapore-style ice cream and beverages from a street cart, including Red Bull and Yeo Hiap Seng's coconut water. Photo by Christian Chen on Unsplash; published in 2017

Yeo Hiap Seng said Thursday Jerson Go Uy, age 52, had resigned as CEO of Malaysia, Indonesia and Brunei, effective 31 July, to pursue other opportunities. He was appointed to the role in April 2020, the beverage maker said in a filing to SGX.

In addition, Chan Ying Jian, age 39, has resigned as group chief financial officer, effective 10 August, to pursue other career opportunities, the company said in a separate filing to SGX. He was appointed to hsi role in July 2021, the filing said.

Mullin will cease to be CEO effective 19 May and will remain in an advisory capacity until 18 August, the company said in a filing to SGX. He was appointed to the role in June 2021, the filing said.