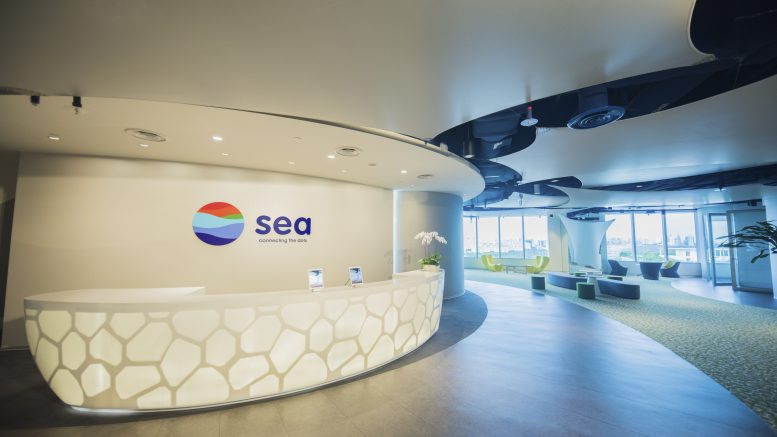 The company’s stock price has faced a sea of red – down around 67 percent so far this year – amid a drop off in video gaming as many countries ease Covid-related movement restrictions, and as investors eye its continued net losses. The shares have also been caught in a general selloff of tech names.

But in the digital financial services segment, including SeaMoney, revenue for the first quarter jumped around 360 percent from the year-earlier quarter to US$236 million, and its operating loss narrowed to US$133.91 million from US$156.83 million in the year-ago quarter.

At least one analyst was positive on the SeaMoney contribution.

Japanese investment bank Daiwa said it saw potential upside to US$1.3 billion revenue guidance for 2022. That compared with Sea’s guidance for US$8.5 billion and US$9.1 billion for its e-commerce business this year.

“We see ample room for higher user penetration across different products to drive a higher total payment volume and take rate in 2022-2023,” Daiwa said in a research note. A take rate is the commission fee income from transactions facilitated on a platform.

To be sure, an analyst at Maybank cited a key risk to forecasts for Sea could come from underestimating investments needed for both Shopee and SeaMoney.

Forrest Li, founder, CEO and chairman of Sea, said the adoption of SeaMoney’s financial services for credit and digital banking were important revenue drivers in the quarter, adding the trend was expected to continue. Li said Sea was leveraging its e-commerce business Shopee to build a leading mobile wallet position in its markets.

“As we optimize our models and expand our partnerships with financial institutions, these products are expected to be solid and high-quality value drivers in the long run without the need for significant investments to scale,” Li said in the conference call after the earnings release.

“The size of the opportunity for SeaMoney is massive and has only been expanding as we have grown the suite of products and services we offer to the underserved in our markets,” he said, according to the transcript of the call.

SeaMoney has grown in tandem with a boom for e-commerce services in Southeast Asia, a trend which accelerated due to the pandemic. The region still has a large unbanked population, creating gaps in the ability to collect payments – such as a dearth of credit card use — which aren’t typically seen in developed markets.

Wang noted Sea has obtained digital banking licenses in Singapore, the Philippines and Malaysia, as well as receiving a financial institution license in Brazil.

“We do believe there is a very significant opportunity to be captured, and our ability to leverage our large consumer internet ecosystem, our deep understanding of the user base, and our easy access to them, and the ability to [use technologies to serve those who are] underserved because of the limitation of physical infrastructure, and other reasons,” Wang said.