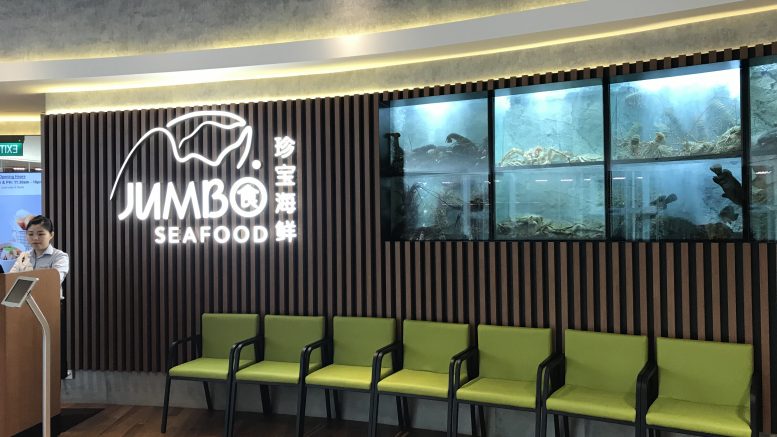 JUMBO Group said Wednesday it has opened its third franchised JUMBO Seafood outlet in Vietnam, located in Ho Chi Minh City, marking its second outlet to open in two months in the city.

“Working closely with our franchise partner, NOVA F&B Joint Stock Company, the group plans for more outlets to be opened in Vietnam,” JUMBO said in a filing to SGX.

Singapore Press Holdings (SPH) shares will be delisted from SGX on 13 May. Consortium Cuscaden Peak acquired SPH after a takeover battle with Keppel Corp.

Nutryfarm International said Wednesday it has secured an investor to subscribe for S$5 million under a convertible bond agreement, with an interest rate of 6.75 percent a year; the conversion price is S$0.085 a share, Nutryfarm said. The investor is Zhong Shu Tao, a Hong Kong resident and private investor, the company said in a filing to SGX, adding she had express a “keen interest” in investing in the group.

The new subscription brings the company’s total convertible bond subscriptions to S$21 million, compared with the maximum of S$25 million for the offering, Nutryfarm said.

Asiatravel.com said Wednesday SGX has rejected its appeal against delisting as there were no new facts to warrant changes to the decision. The shares will be delisted on 12 May, the company said in a filing to SGX.