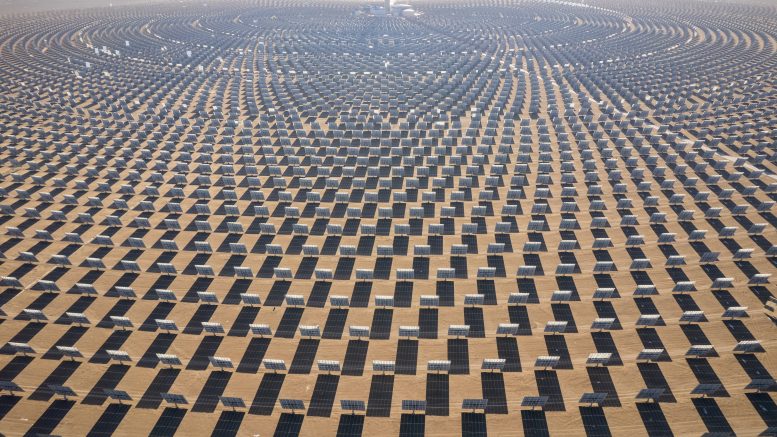 John Woods, the chief investment officer for Asia Pacific at Credit Suisse, said the “sustainable China” theme, with the mainland’s plan to turn carbon-neutral by 2060, is an investment supertrend.

“Over the next 40 years, we are going to see one of the most extraordinary transitions in the history of major economies in centuries. And of course, that holds out the prospect of investment opportunities: secular, societal, multi-decade, investment opportunities,” Woods said in a media briefing on Credit Suisse’s update to its Supertrends long-term outlook.

Woods noted that currently, around 10 percent of China’s total energy mix is from renewable sources, and that proportion will need to rise to 90 percent by 2060. He highlighted investment themes arising from that need: Electric vehicles (EVs) and demand for batteries, particularly electric batteries. Credit Suisse analysts expect China’s EV sales to outpace gasoline-powered vehicles by 2030, he noted.

In addition, Woods highlighted that China’s total installed solar-power capacity is set to grow by nearly a third from the current level in only three years, with the speed getting a fillip from Russia’s invasion of Ukraine, which has brought the security risks of imported energy into focus.

As an immediate catalyst for China – and part of the reason Credit Suisse recently upgraded its view on the mainland to an “overweight” call – Woods cited China President Xi Jinping’s late April announcement of an “extraordinarily massive” US$2.3 trillion infrastructure package for this year. The US$2.3 trillion figure is from a Bloomberg analysis, not the official announcement. Woods said the figure was multiples above China’s US$600 billion package during the Global Financial Crisis.

That adrenaline shot to China’s economy – which has been dented by the mainland’s zero-Covid strategy resulting in interminable lockdowns – could come quickly. Woods projected the announcements of specific spending plans would begin within eight weeks, to show the infrastructure spending is bolstering the economy in time for China’s senior leadership election in the fourth quarter of this year.

“I think at the point that it is announced that we will start to see quite a robust response by markets, by the way, not only in China, but I would also imagine across the commodity complex as well,” Woods said.

“It is a vast, vast amount of money. And the fact that it is being implemented potentially with an accelerated timeline and a front-loaded spending schedule, as they suggested, means in my mind that there will be a pretty powerful market response,” Woods said.

According to a Reuters report, investments in infrastructure benefitting industrial growth and national security would be accelerated, with transportation, energy and water resources in focus. In addition, green and low carbon energy projects would be sped up, and regional and cargo airports would be built, the report said, adding new types of infrastructure, such as cloud computing and artificial intelligence (AI) platforms would also be included.

In a report Friday, UOB KayHian said it was sticking with an “overweight” call on China’s renewable energy sector.

“We see strong potential for offshore wind energy to support the renewable energy development goals of the coastal provinces, which are economically developed but have relatively scarce land resources and lack onshore wind resources to develop solar and onshore wind energy capacities,” Daiwa said, noting that some coastal provinces and cities have announced “ambitious” development plans and strong incentive policies for the sector.

Singtel: No assurance of any deal for Australia Optus’ fiber assets