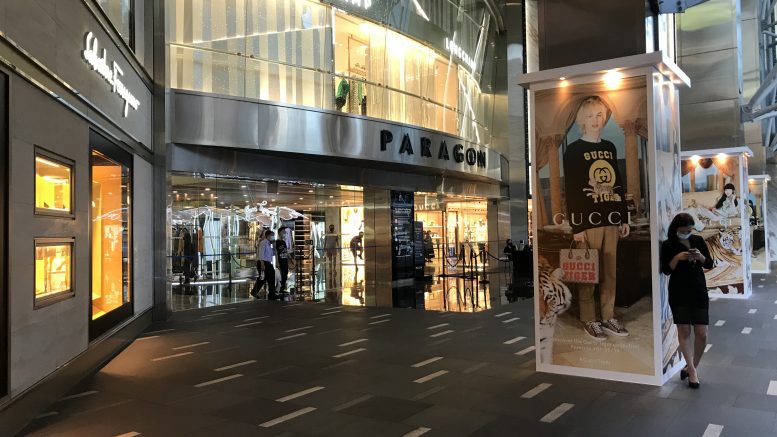 Cuscaden Peak, the consortium which bought Singapore Press Holdings (SPH), has set the price for the chain offer for all the units of SPH REIT at S$0.9372 a unit, according to a filing to SGX Friday.

The offer price is a 4.0 percent discount to the volume weighted average price (VWAP) for the six-month period through 28 April, the filing said. SPH REIT’s units ended Thursday at S$0.975; the units were halted from trade Friday, but will resume trading Wednesday.

The offer is conditional on Cuscaden Peak receiving acceptances which would bring its holding to more than 50 percent of SPH REIT’s units, the filing said.

Around 42 percent of SPH shareholders elected to receive both cash and units, while around 58 percent choose the all-cash consideration, Cuscaden Peak has previously said. That resulted in around 26.1 percent of SPH REIT’s units being transferred to Cuscaden Peak, leaving the consortium holding more than 30 percent of the REIT and triggering a chain offer.

The offeror said it doesn’t have any plan to pursue delisting SPH REIT, but if it receives acceptances bringing its stake to more than 90 percent, it won’t act to stop the suspension of trade. If a stock has a less than 10 percent free float, SGX will suspend trading in the shares and possibly delist the entity.

Cuscaden Peak said that if it obtains at least 90 percent of SPH REIT, it will exercise its right to compulsorily acquire all of the remaining units and delist the REIT.

The minimum offer price was reduced from the S$0.964 original amount to account for distributions paid by the REIT for the fiscal first and second quarter, the filing said.

SPH REIT has a portfolio of five commercial properties, located in Singapore and Australia.

In a separate filing to SGX, SPH REIT said it has appointed PrimePartners Corporate Finance as the independent financial adviser to the REIT’s independent directors.

Soilbuild REIT: NK Ingredients in default of lease after July payment not received