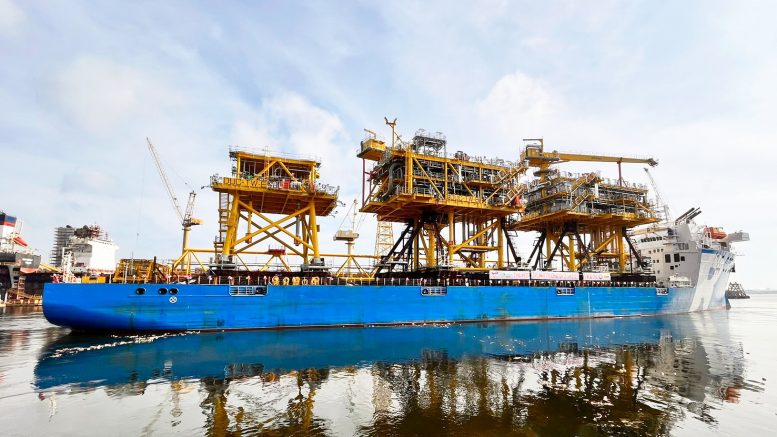 Keppel Corp. has reached a deal to combine Keppel Offshore & Marine with Sembcorp Marine to form a global player focused on offshore renewables, new energy and cleaner services in the offshore and marine sector, the two companies said in a filing to SGX Wednesday. Both Keppel and SembMarine requested the trading halts on their shares be lifted.

ST Engineering, via wholly owned subsidiary ST Engineering Urban Solutions USA, has priced US$700 million noted due 2027 at 3.375 percent, the company said in a filing to SGX Wednesday.

AIMS APAC REIT reported Wednesday its fiscal second half net property income rose 16.6 percent on-year to S$55.48 million on the acquisition of the Woolworths headquarters in Australia in November, as well as higher rental and recoveries for some Singapore properties.

CapitaLand Integrated Commercial Trust (CICT) has completed the acquisition of 70 percent of Southernwood Property (SWP), which holds the property at 79 Robinson Road in Singapore, the REIT said in a filing to SGX Wednesday.