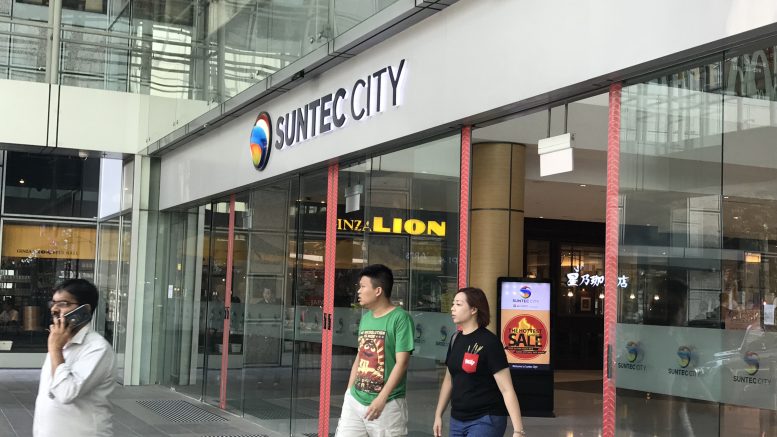 In June 2021, Suntec REIT said it would acquire The Minster Building, a London office building with ancillary retail space for GBP353 million.

The increase was offset by lower occupancy at the 177 Pacific Highway property and a weaker Australian dollar, Suntec REIT said.

Gross revenue for the January-to-March quarter increased 13.9 percent on-year to S$99.2 million, the REIT said in a filing to SGX.

The distribution per unit (DPU) for the first quarter was 2.391 Singapore cents, up 16.9 percent from 2.045 Singapore cents in the year-ago quarter, the REIT said.

“We are now more optimistic about the continued recovery of the retail and convention businesses compared to a year ago,” Chong said.

He noted that Suntec City Mall’s occupancy improved to 96 percent as more food and beverage and activity-based tenants were introduced.

In its outlook, the REIT noted Suntec City Mall and Suntec Convention would benefit from the Singapore government’s easing of Covid-related restrictions.