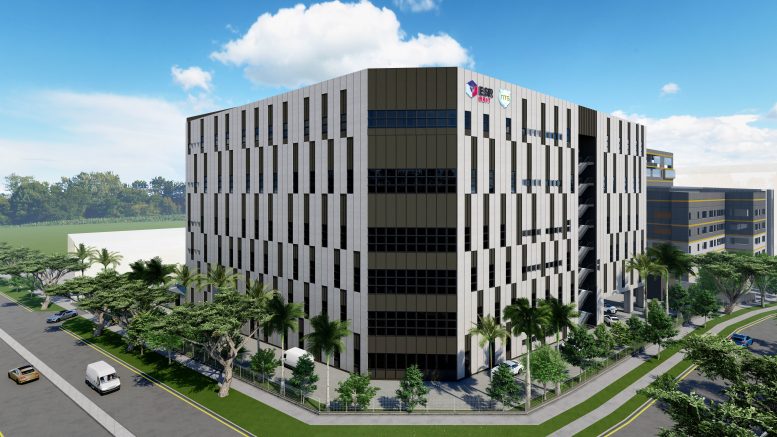 An artist's impression of ESR-REIT's planned re-development of 21B Senoko Loop in Singapore, announced in April 2022. Credit: ESR-REIT

ARA LOGOS Logistics Trust (ALOG) said Monday the Singapore court has approved the merger with ESR-REIT. The last trading day for ALOG units will be 19 April, the REIT said in a filing to SGX.

The proceeds will be used to finance the cash consideration to be paid to ARA LOGOS Logistics Trust (ALOG) unitholders under the merger deal, refinance ALOG’s existing loan facilities, general working capital and paying merger costs, the filing said.

Asia-Pacific Strategic Investments said Monday the timeline for conducting due diligence on its proposed acquisition of MoneySmart has been extended by two months to 17 June.

Approval from the Monetary Authority of Singapore will also be required for the deal, the company said in a filing to SGX.

Asiatravel.com said Monday it has received notice from SGX-ST that its shares would be delisted from the exchange on 12 May. Asiatravel.com plans to appeal the delisting notification, which was sent to the company on 9 March, and is in the midst of finalizing its official appeal letter, the company said in a filing to SGX.

The shares have been suspended from trade since July 2018 as it was unable to continue as a going concern, and since then, SGX RegCo has said its trading resumption proposal was inadequate.