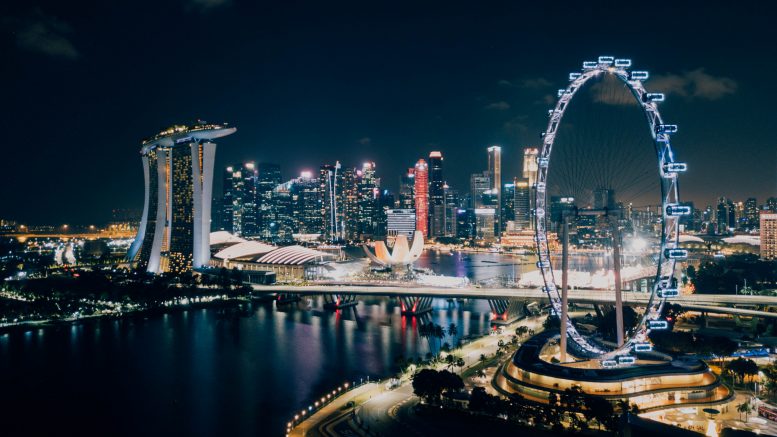 Singapore's Marina Bay area at night, with the Marina Bay Sands and the Singapore flyer. Photo by Chuttersnap on Unsplash

Singtel said Thursday its wholly owned subsidiary NCSI Holdings has completed the acquisition of all of IT consulting company Dialog.

The Trendlines Group said Thursday it has received the second anniversary payment from Nasdaq-listed OrthoPediatrics Corp.’s acquisition of all of portfolio company ApiFix. Based on Trendlines’ 18.62 percent interest in ApiFix, the consideration for the payment is US$602,044 in cash and 34,598 OrthoPediatrics shares, the Israel-based and Singapore-listed company said in a filing to SGX.

Straco Corp. said Thursday it received approval from Singapore authorities to resume operations of the Singapore Flyer, a giant observation wheel located in the city-state, on Friday. In January, the company had said operations at the Singapore Flyer were halted due to a technical issue discovered during a maintenance inspection.

TEE International said Thursday it has received a binding letter of offer to acquire its indirect 50.1 percent-owned subsidiary, G3 Environmental, from G3’s two shareholders, including Advancer Global Facility (AGF) and the other minority shareholder, for S$6 million. AGF holds 20.1 percent of G3, while the investor holds 29.8 percent.

The group is reviewing the offer, TEE International said in a filing to SGX.

In March, the company had declined an offer to acquire the G3 Environmental stake for S$5.5 million.