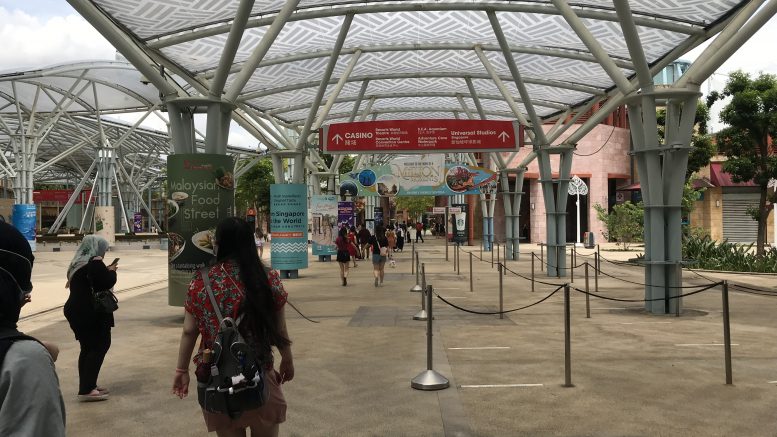 Despite moves to ease travel into Singapore, Genting Singapore is only projecting a gradual recovery at the Resorts World Sentosa integrated casino resort, which includes the Universal Studios Singapore theme park, according to answers to shareholder questions filed to SGX Friday.

“While we are encouraged by the gradual increase in footfall to our integrated resort, we anticipate visitors from our traditional markets will take time to return to pre-Covid levels,” Genting Singapore, or GENS, said.

Starting from 1 April, Singapore eased restrictions on entering the city-state, allowing fully vaccinated travelers to enter without pre-approval and without quarantine periods.

But GENS noted travel had not returned to pre-Covid’s frictionless levels, and it was only “cautiously optimistic” for this year’s recovery.

“We expect recovery in travel will initially be led by those visiting friends and relatives and business travellers. Discretionary leisure travel will take time to return to meaningful levels due to limited flight schedules and ongoing Covid-19 related travel rules and restrictions especially on our traditional markets such as China,” GENS said.

China has maintained its “zero-Covid” policy, which has limited international flights.

GENS also said the 3 percentage-point increase in Singapore’s casino tax would have a “consequential negative impact” on net profit, without providing more details.

In the meantime, GENS said it has been working to update its offerings, including refurbishing three hotels — the Hard Rock Hotel Singapore, Hotel Michael, and Festive Hotel — with works to run from the second quarter of this year through 2023.

Additionally, GENS said it was “making good progress” on its RWS 2.0 project, with construction beginning on Minion Land and the Oceanarium in the second quarter of this year.

But the company noted that after the Japan integrated-resort project was shut down, it’s still looking for an overseas project. In September 2021, Japan’s Yokohama City published a decision to cancel the integrated casino-resort bid process after the election of a new mayor who was opposed to the project.