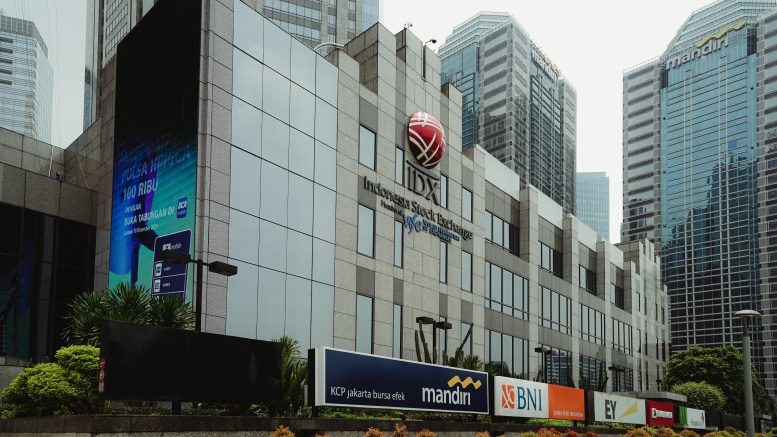 The Indonesia Stock Exchange (IDX) with signage from Mandiri and BNI. Photo by Afif Kusuma on Unsplash

This item was initially published on finews.asia.

Investing app Gotrade is entering the Indonesian market after raising US$15.5 million in a series A round.

Gotrade, which offers stock and exchange-traded fund (ETF) investments without commissions, has launched in the Indonesian market, the company said in a press release Tuesday.

That follows the app raising US$15.5 million in a series A round led by Velocity Capital Fintech Ventures, with participation from Japan-based Mitsubishi UFJ Financial Group (MUFG), Singapore’s BeeNext, Spain’s Kibo Ventures and Germany’s Picus Capital, the release said. In addition, U.K.-based LocalGlobe, U.S.-based Social Leverage and U.S.-based Raptor were returning investors in the round, Gotrade said.

The fresh funding is targeted at launching local versions of Gotrade in local languages and with local deposit methods across Southeast Asia, the release said.

“Investing in Southeast Asia is broken. Over 600 million people can’t access quality investment products at fair prices,” Rohit Mulani, founder of Gotrade, said in the statement. He said mutual fund expense rations topped 5 percent, while savings products such as gold have 3 percent spreads. “We believe that investing should be fair and users should not have to bear these predatory costs,” he said.

The Gotrade app allows users to buy fractional shares of large stocks listed on the New York Stock Exchange (NYSE) and Nasdaq, with transactions starting from as low as US$1, the release said. Gotrade said it doesn’t charge trading commissions, and instead generates revenue by charging 0.5 percent to 1.2 percent to foreign-exchange fees on the conversion to U.S. dollars.

Gotrade Indonesia was launched in a tie-up with local brokerage Valbury, the Jakarta Futures Exchange and the state-backed Futures Clearing House of Indonesia, the release said. Gotrade said it chose Indonesia as its first market for a local version of the app because of the country’s high mutual fund fees. Gotrade Indonesia will offer derivatives to provide access to U.S. stocks as local brokerages aren’t allowed to offer foreign securities directly, the release said.

In March 2021, Gotrade launched its Malaysian platform on an invite-only basis after receiving clearance from the country’s Labuan Financial Services Authority, with the platform opening to the broader public in September 2021, the release said.

Gotrade said it has used no marketing, but has more than a half-million users on its app, the majority of whom are new to U.S. stock market trading.

In 2021, Gotrade raised a US$7 million seed round from LocalGlobe and Social Leverage, which were both early backers of the Robinhood trading platform in the U.S., the release said.