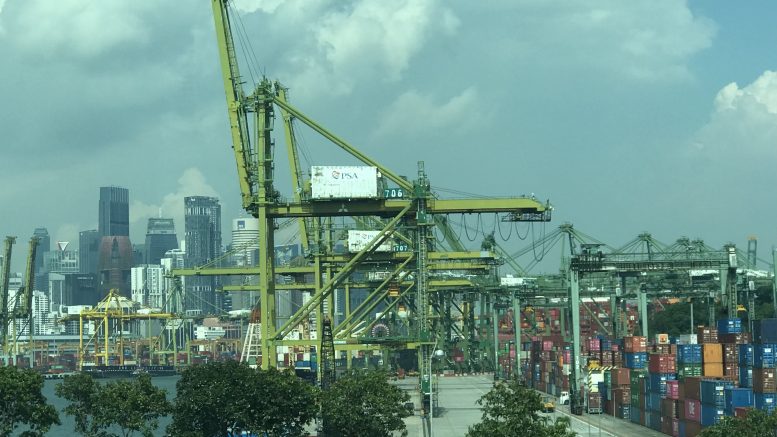 “PSA Halifax’s Atlantic Hub was our group’s first coastal terminal investment in Canada and we are pleased to be given the opportunity to also operate the Fairview Cove terminal,” Tan Chong Meng, group CEO of PSA, said in the statement.

“This will allow the port to expand its service offerings and transform it from a coastal to a global hub port – enhancing competition, presenting significant efficiencies and strengthening Halifax’s position as a port of choice. To this end, we look forward to greater collaboration with the Halifax Port Authority, CN Rail and other partners, as we seek to extend Halifax’s hinterland to new markets,” Tan said.

PSA said the joint operations will allow PSA Halifax’s Fairview Cove terminal to build on its extensive railhead, roll-on roll-off (RoRo) capabilities and location for better connectivity for shippers, including additional westbound service options for importers from North Europe and California, which will dovetail with weekly South Asia vessels.

The Atlantic Hub is located at the south end of Halifax city; the hub has made new investments over the past two years to handle megavessels. The Fairview Cove terminal is located at the north end of the city, complementing Atlantic Hub’s existing operations for vessels up to 8,000-TEU capacity, the filing said.

Unlisted PSA International has port operations in Singapore and Antwerp, as well as more than 50 locations and 26 countries globally. Its portfolio includes more than 60 deepsea, rail and inland terminals as well as related businesses in distriparks, warehouses and marine services.

ComfortDelGro upgraded to Buy by Deutsche Bank on turnaround hopes