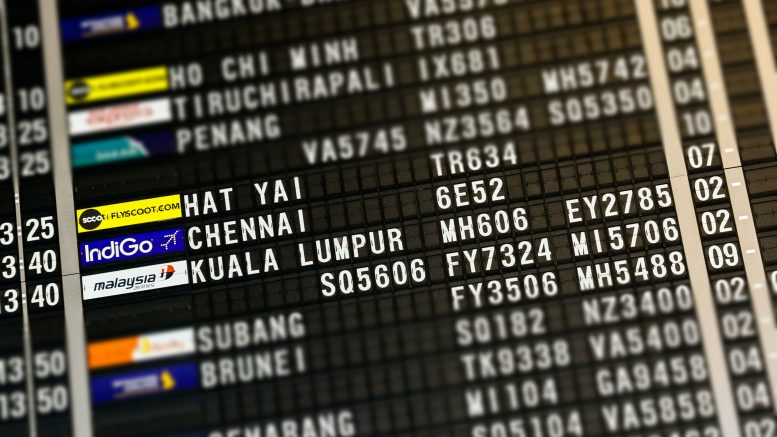 An arrival board at Singapore's Changi Airport. Photo by Benjamin Wong on Unsplash

UPDATE: This item was initially published on Thursday, 24 March 2022 at 12:23 p.m. SGT; it has since been updated to include more details.

Singapore will be easing Covid-related restrictions, including border controls, starting next week.

The moves had been foreshadowed Wednesday as Minister for Trade and Industry Gan Kim Yong told the Singapore Apex Business Summit that after monitoring hospital admissions, measures might be eased next week.

Lee highlighted that Singapore had one of the world’s lowest Covid-related death rates and that it had no en-masse healthcare worker resignation issues.

The marquee item on the list of relaxed measures was on border controls.

“It will also lift most restrictions for fully vaccinated visitors entering Singapore. This will reconnect Singapore with the world it will give a much-needed boost to businesses, particularly the tourism sector, and it will help Singapore re-claim its position as a business and aviation hub,” he said.

After 31 March, all travellers vaccinated against Covid and children under age 12 will be allowed to enter Singapore with only a pre-departure Covid test, the Straits Times reported after the prime minister’s speech. Designated flights and test-on-arrival will no longer be required, and quotas on daily arrivals will be removed, the report said. Unvaccinated long-term passholders and short-term visitors over the age of 13 will largely be prevented from entering the country, the report said.

Other eased measures included increasing maximum group sizes to 10 from five, as well as allowing 75 percent of employees who can work from home to return to their workplaces, Lee said.

In a move potentially aimed at restoring Singapore’s MICE – meetings, incentives, conferences and exhibitions – industry, the city-state is boosting the capacity limit for larger events of more than 1,000 people to 75 percent of capacity, Lee said.

At a press conference after Lee’s speech, Singapore’s government said live performances would be allowed to resume at all venues, as well as the screening of live programs, according to a Business Times report. Establishments will be allowed to serve alcohol after 10:30 p.m., the report said.

Authorities continue to examine whether nightlife businesses, such as bars, pubs, karaoke and dance clubs, can resume safely, the report said.

Masks outdoors will become optional next week, although mask-wearing indoors will remain mandatory.

Singapore’s measured steps on living with endemic Covid mark a stark contrast with Hong Kong, which has seen an exodus of bankers and business as it maintains what are currently among the world’s toughest restrictions.

As of Sunday, Hong Kong said it would be reviewing its restrictions, such as bans on flights from nine countries, including the U.K. and Australia, and hotel quarantines of as much as two weeks for incoming travellers. Gatherings of more than two people in Hong Kong were banned, and most public venues, such as beaches, and schools remained closed, according to a Reuters report.

Lee’s announcement followed a speech Tuesday by Minister of Finance Lawrence Wong, who is in the running to become the city-state’s next prime minister, that Singapore would not hesitate to turn on its budget taps if the economy needed support.

The speech by Lee was entirely in English and didn’t feature the porcelain teacup which became a Singapore meme as its appearance typically heralded a switch to either Bahasa or Chinese in the prime minister’s earlier Covid-related communications.

No mention was made of whether KTV outlets, bars, dance clubs and musical events would be resumed, fuelling angst among the participants in the Facebook comments as the speech was livestreamed.