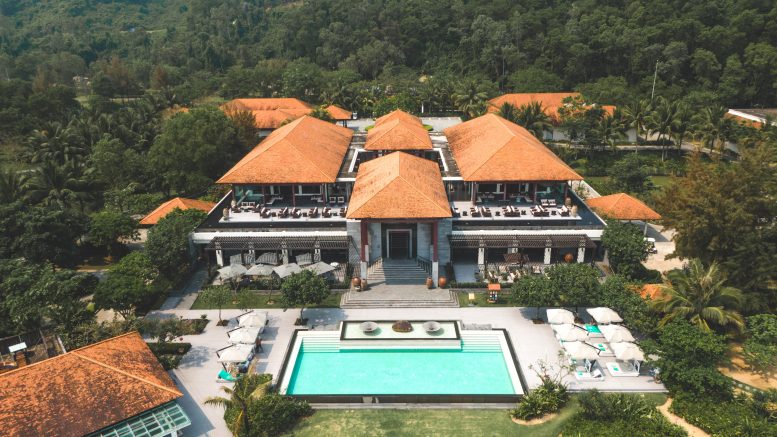 The Banyan Tree Lang Co resort in Vietnam, near Da Nang. Photo by We Do Creative Films on Unsplash

See, who joined the group in 2004, will also serve as the managing director of the hospitality management business unit, the company said in a filing to SGX. The appointment is part of leadership development and succession planning, Banyan Tree said.

See as a total interest of 1.27 million Banyan Tree shares, or a 0.147 percent stake, with 705,000 of the shares considered a deemed interest as they are under the performance share plan and are subject to performance conditions being met, the filing said.

Far East Orchard said Wednesday Koh Boon Hwee, age 71, will retire as non-executive chairman, effective 18 April, as he has chosen not to seek re-election. He was appointed to his position in 2013, the company said in a filing to SGX.

“At the recommendation of the nominating committee, the board agreed that Ms. Koh Kah Sek, with her sharp business acumen and extensive experience in corporate governance, finance and risk management, will provide effective leadership,” Far East Orchard said.

From January 2015 to the present, Koh has been the executive director and chief financial officer of the Far East Organization, a substantial shareholder of Far East Orchard, the filing said.

GS Holdings said Wednesday Lam Chee Seng (Jason), age 51, has resigned as general manager and will cease to be an executive officer, effective 30 April. He was appointed to his role in 2020, the company said.

“Mr. Lam has resigned to take a break and pursue other interests,” GS Holdings said in a filing to SGX.

Lam was responsible for managing and overseeing the food and beverage business operations, GS Holdings said, adding Pang Yiling, director of operations, will take over the role after his cessation.

He has a deemed interest in 44.71 million shares of the company, the filing said.

Sun Quan was non-executive chairman of the company from 30 April 2018, before he was re-designated to executive director, the filing said.

Hyflux: Creditor restructuring proposal has not been finalized