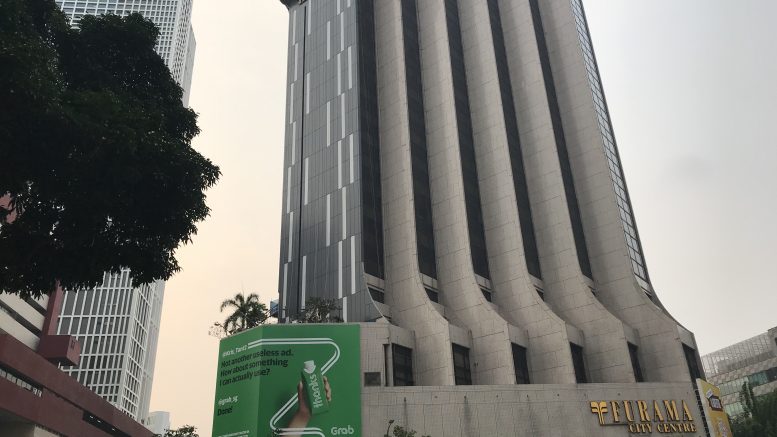 “We don’t lend to everyone and we’re okay with that. Because we want to take the most prudent approach,” Oey said at the Morgan Stanley 2022 TMT Conference, according to the transcript.

Grab did not immediately return finews.asia’s emailed request for its NPL rate.

NPL rates across Southeast Asia vary: S&P Global Ratings has forecast, in a January report, that Indonesia’s NPL ratio would come in at 3.5 percent in 2022, Malaysia’s at 2.8 percent to 3.0 percent, the Philippines’ NPL ratio would decline from its 4.5 percent peak and Singapore’s would fall to 2.0 percent. For Thailand, S&P noted 14 percent of banks’ loan books are under relief measures, and it forecast the NPL ratio would peak at 5 percent.

Oey said that Grab, at least initially, sought its fintech customer base from its own ecosystem.

“When we started the lending business, we deliberately started with our drivers and our merchants because we have the data. We know how much they’re transacting. We’ve built a relationship with them,” Oey said.

“We have over 2 million merchants on our platform today. We have over 5 million registered drivers on our shared fleet today across Southeast Asia. That’s a big captive audience that we’re also servicing,” he said. Oey noted that more than 50 percent of Grab’s diver base doesn’t have a bank account, with Grab providing their first electronic-payment mechanism.

He also noted the superapp has a lot of consumer data, which it is tapping as it creates a digibank in Singapore with partner, telecom Singtel.

“Singtel has a lot of the SMEs as well as the consumer on that platform, whether it’s mobile phone or cable, whether it’s landlines, etc. We have a lot of data on the ride-hailing and food delivery on our consumer base. [We’re] using those data and making sure that we built very strong credit [profiles],” he said.

Via its consumer superapp, Grab offers food delivery, courier services, grocery delivery, and ride-hailing, as well as financial services including e-wallets, payments, buy-now-pay-later (BNPL) and micro-insurance products. In each of its markets, Grab has a localised app. For its merchants and drivers, Grab has separate superapps.

Oey said Grab has 28 million transacting users as of December, with 60 percent of Grab users now using its e-wallet as their main payment method on the platform. Off the platform, use of Grab’s e-wallet to make payments outside the Grab platform more than doubled in 2021 outside of Indonesia, he said.

Fintechs in Asia have faced issues with NPL creation, in part because some merchant borrowers have been able to game fintechs’ data collection to obtain loans and then intentionally default.

Some fintech borrowers will show a significant drop in their transactions via the lender fintech’s payment service the day after the fintech disburses a loan, according to an analysis by the World Bank, which used data from Indian fintechs with sales-based repayment plans. Once the loan is received, the borrowers would switch their customers’ payment methods to avoid repayment.

The e-Conomy report for 2021 showed 92 percent of merchants who use digital financial services plan to continue or increase their usage over the next one to two years, with that figure at 58 percent for digital lending.

“As the journey of a consumer continues to transition to more financial services, we see better life-time value of a particular user base,” Oey said.

To be sure, Grab’s earnings report for the fourth quarter showed its fintech performance stumbled.

Total payments volume (TPV), including payments from one Grab entity to another, in the fourth quarter rose 29 percent from the year-earlier period to $3.4 billion, a record, the company reported earlier in March.

But that didn’t fully translate to the topline: On an IFRS basis, financial services revenue for the fourth quarter was negative $1 million, narrowing losses from negative $4 million in the year-earlier period, Grab said.

Grab’s earnings as a whole were hurt by higher incentives, partly to attract more drivers to its mobility segment on expectation demand would bounce back as Covid-related lockdowns ended. Analysts also pointed to higher incentives to attract customers to the payment services.

The super-app said its loss for the fourth quarter was $1.1 billion, wider than the $635 million loss in the year-ago period. The earnings disappointed the market so much, Grab’s Nasdaq-listed stock plunged 41 percent intraday after the release.

Oey said the service added around 100,000 drivers in the fourth quarter using incentives.

“We’re actually doing another recruitment this quarter also because we know that demand is going to come back,” he said.

Singapore Exchange to require exit offers to be ‘fair and reasonable’

Insider Stories: Grab gets US$1.46 billion in fresh funding from Softbank Vision Fund