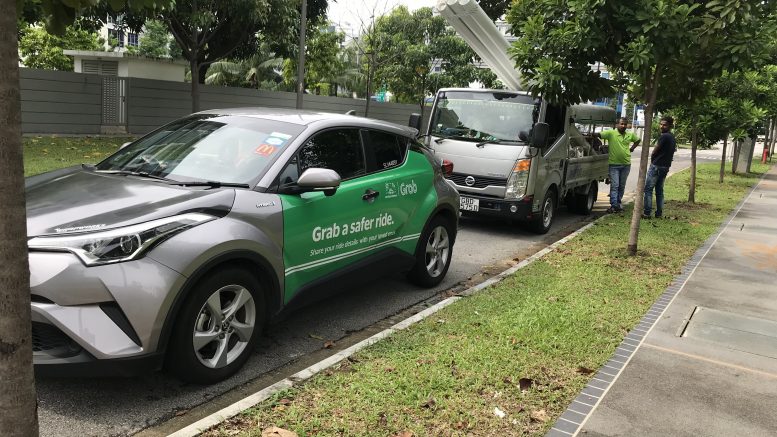 Total payments volume (TPV), including payments from one Grab entity to another, in the fourth quarter rose 29 percent from the year-earlier period to US$3.4 billion, a record, the company said Thursday in its earnings release.

However, on an IFRS basis, the financial services revenue for the fourth quarter was negative US$1 million, narrowing losses from negative US$4 million in the year-earlier period, Grab said.

The performance is particularly stark when compared with rival super-app Sea, which reported this week that its fourth quarter revenue for its digital financial services surged 711 percent from the year-ago period. To be sure, SeaMoney hasn’t been around quite as long as Grab’s financial services, and higher growth in the early stages would be expected.

Shifara Samsudeen, an analyst at LightStream Research who publishes on Smartkarma, said the segment’s fourth quarter incentives to consumers grew to around US$30.7 million, compared with US$22.7 million in the year-ago quarter.

“We think Grab has been paying higher incentives to attract consumers for its payment services,” she said in a note Friday.

The segment’s results were also hurt by investments ahead of Grab’s planned launch of its digital bank in Singapore, expected this year, the company said.

Higher incentives proved to be a theme for Grab’s earnings as a whole – which disappointed the market so much the stock plunged nearly 41 percent in intraday trade in the U.S. Thursday, before closing off around 37 percent.

Grab said the higher incentives in the mobility segment were aimed at bringing in more drivers as demand began to bounce back as lockdowns ended.

The super-app said its loss for the fourth quarter was US$1.1 billion, wider than the US$635 million loss in the year-ago period.

“We did not expect Grab to spend on such huge incentives (to drivers as well as consumers) which implies that the company is struggling to grow its businesses and profitability seems like a tall order for Grab,” Samsudeen said in the note.

Competition could also weigh on Grab’s financial services growth ahead, with Samsudeen noting Grab cited the merger of Gojek and Tokopedia into GoTo as set to dampen payment volumes.

The potential for growth remains positive, however.

The region still has a large unbanked population, creating gaps in the ability to collect payments – such as a dearth of credit card use — which aren’t typically seen in developed markets.

In 2021, gross transaction value of digital payments in Southeast Asia grew to US$707 billion, up 9 percent from US$646 billion in 2020, according to the e-Conomy report for 2021, published November 2021. Consumer e-wallet usage is up 45 percent from pre-Covid levels, the 2021 report said.

In Southeast Asia, the digital wallet payment market is estimated to reach US$138 billion by 2025, up from US$39 billion in 2020, and compared with a 2025 estimated cash transaction value of US$1.36 trillion, Grab said, citing data from Euromonitor.

Singtel to sell 70% of Australia Tower Network to AustralianSuper for A$1.9B