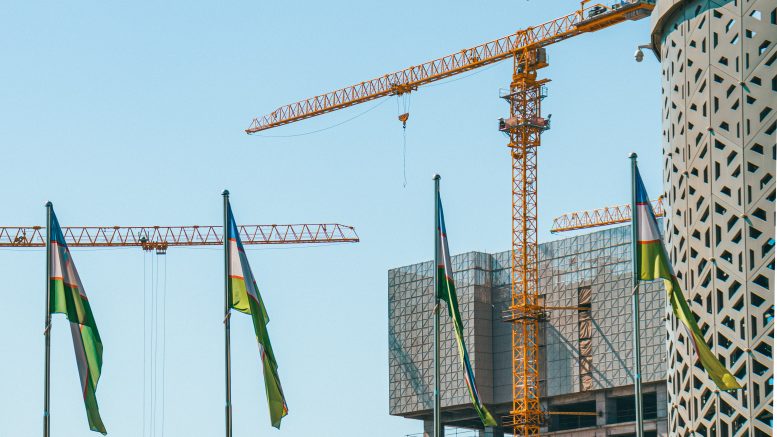 A construction site in Tashkent, the capital of Uzbekistan, Photo by Nosirjon Saminjonov on Unsplash.

IMAN, an Uzbekistan-based fintech using Muslim principles, has raised a USD1 million seed round, led by Singapore- and U.S.-based institutional investors, the company said in a press release Tuesday.

That’s a big round for a startup in a country with an estimated gross domestic product (GDP) per capita of just USD7,000 in 2020, according to the CIA World Factbook.

Uzbekistan’s population is 88 percent Muslim, according to the CIA World Factbook. Just 36 percent of adults in Uzbekistan report owning an account at a formal financial institution, according to the 2020 Financial Capability Survey cited by an International Finance Corp. (IFC) report in 2020.

IMAN Invest has 30,000 active users and manages more than USD1.2 million from more than 1,000 retail investors in more than 60 countries, the statement said. IMAN Pay’s BNPL is connected to more than 100 merchants in segments including consumer electronics, household appliances and education, the release said.

The startup relies on halal sources of funding, and has compliance certification from Islamic professor Dr Ziyaad Muhammad of INCEIF (Malaysia) and the Muslim Board of Uzbekistan, the statement said. It allows shoppers to use a “cost-plus” financing structure called Murabaha, while merchants have a separate Islamic purchase/sale agreement, IMAN said.

IMAN said it doesn’t generate revenue from late fees or other charges which would require users to miss payments.

Rustam Rahmatov, founder and CEO of IMAN, said the investment would help the company scale its technology to integrate with online and offline retailers in Uzbekistan to provide finance.

“We’ll be able to roll out partnerships with merchants across all sectors more aggressively including beauty & fashion, FMCG, and services,” Rahmatov said in the statement. “This investment empowers us to start exploring opportunities in other Muslim-majority markets in early 2023. We are extremely excited to partner with our investors who have made investments in similar businesses in other geographies.”

The size of the investment in IMAN is large compared for the country.

By comparison, the Asia Frontier Capital’s AFC Uzbekistan Fund had $18.7 million in investments across 28 public equity investments, with around 9.6 percent in cash at end-January. Public equity companies are typically at a later stage of development than start-ups, and would often be valued at higher levels.

London-based Sturgeon Capital has a venture capital fund named Fund 2, with US$10 million invested in six Uzbek tech companies, Forbes reported in mid-2021, calling it “a boatload of money” in the country.