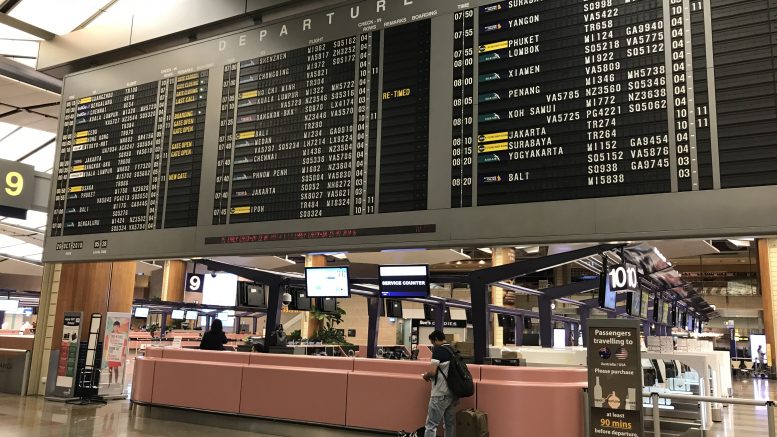 Safran Electronics & Defense Services Asia, which is a joint venture between Safran Electronics & Defense and SIA Engineering, said Saturday it has expanded the scope of its maintenance, repair and overhaul (MRO) activity in Singapore to include landing gear control systems, such as tyre pressure and brake temperature monitoring, for aircraft ranging from business jets to civilian aircraft.

“In anticipation of the traffic recovery in the region, we have expanded our capacity and scope of repairs and we recently upgraded our store to welcome more activity. Our company now serves as Safran’s sole site for repairs in Asia Pacific for A350 avionics equipment and Rotating Pressure Sensor Assembly components,” Matthieu Pere, CEO of Safran Electronics & Defense Services Asia, said in a statement filed to SGX.

In addition, Yuyao City (Xiaocao’e) Municipal WWTP Project has been upgraded on capacity and discharge standard, the company said in a filing to SGX.

SIIC Environment said the projects are expected to contribute positively to its results.

Kitchen Culture said Friday it expected to be able to continue as a going concern, subject to its ability to successfully restructure its key operating subsidiary, KHL Marketing Asia-Pacific (KHLM), address all matters in the notice of compliance and raise additional working capital.

The 2021 net losses of S$9.8 million included a one-time inventory write-down of S$3 million, and that it is still in a net current assets position of S$5.4 million, based on the 2021 results, the company said in a filing to SGX.

Clearbridge Health warned Friday it expected to swing to a net loss for 2021, from a year-earlier net profit of around S$2.07 million.

The loss was due in part to a fair value loss on the market value of its associate, Catalist-listed Biolidics, of S$6.62 million, compared with a year-earlier fair-value gain of S$3.31 million, Clearbridge Health said in a filing to SGX.

In addition, Clearbridge Health expected a fair value loss on derivative financial instruments of S$3.5 million, compared with a year-earlier gain, and a provision for credit losses on the disposal of an asset.

Ezion Holdings said Friday that the court granted the company’s winding up application to be placed into liquidation, with RSM Corporate Advisory’s Ng Kian Kiat and Goh Wee Teck appointed as liquidators.