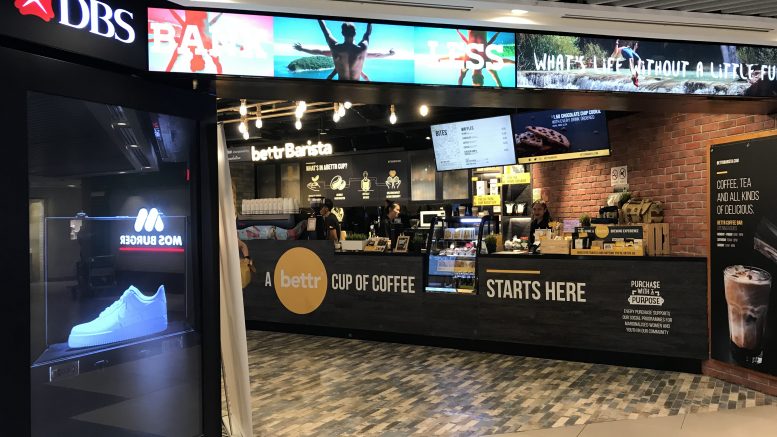 A DBS branch including an outlet of non-profit Bettr Barista

DBS said Friday it was committing an additional S$100 million to support expanding the scope of the DBS Foundation and to support its social entrepreneurship programs. The funds may also be used for philanthropic initiatives and relief measures for communities, the bank said in a statement.

Businesses-for-impact which have previously received support from DBS’ programs include Homage and Treedots, the statement said.

“The increase in after-tax profit is mainly attributable to the valuation gains of the group’s investment properties,” Tan Chong said in a filing to SGX.

CNMC Goldmine Holdings guided Friday that it expected to report a net profit for 2021, compared with a net loss in 2020 due to increased gold production and no expected material impairment. The results will be released on or before 28 February, the company said in a filing to SGX.

The loss for the six months ended 31 December was due to disruption caused by the pandemic as the manufacturing facility in Johor, Malaysia, suspended activity in compliance with efforts to stem the spread of the Covid-19 virus, the company said in a filing to SGX.