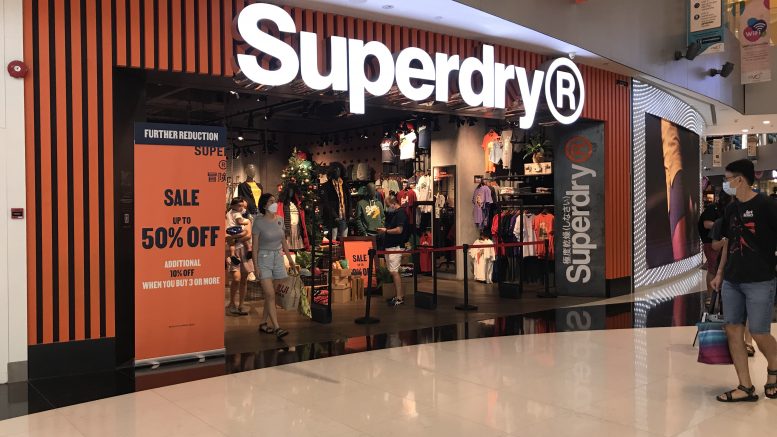 A Superdry outlet at VivoCity mall in Singapore; F J Benjamin acts as manager and distributor for the brand.

F J Benjamin Holdings reported Thursday its fiscal first half net loss narrowed to S$1.3 million from S$3.7 million in the year-ago period amid a “robust” second quarter performance and a higher share of profit from its Indonesia associate.

For the October-to December period, F J Benjamin reported a net profit of S$2.2 million, swinging from a year-ago net loss of S$900,000.

Group revenue for the six months ended 31 December fell 5 percent on-year to S$36.2 million, the company said in a filing to SGX. The decline was due to shop and mall closures in Singapore during the July-to-September period as lockdowns were imposed to stem the spread of the Covid-19 virus, the company said.

“While conditions were tough during 1Q22 with closures and restrictions to shopping and interstate travel, once these restrictions were lifted in 2Q22, we witnessed a substantial increase in turnover, as people learnt to live with the COVID-19 virus,” Nash Benjamin, group CEO, said in the statement.

“Management is cautiously optimistic about prospects, given that Singapore and Malaysia have
also started to gradually open their borders to vaccinated travellers,” he said.