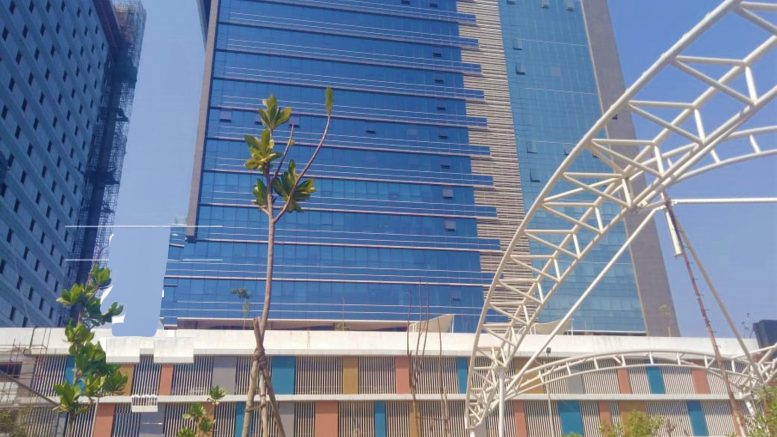 Ascendas India Trust reported Wednesday its second half net property income rose 5 percent on-year in Singapore dollar terms to S$78.5 million as physical occupancy in its business parks began to improve after the peak of the Covid-19 outbreak in June.

In addition, the trust said it received income contributions from the Anchor Annex building at ITPB, which was completed in November 2020, and aVance 6 at aVance Hyderabad, which was acquired in March 2021, partly offset by lower occupancy and carpark income.

The distribution per unit (DPU) for the second half is 3.60 Singapore cents, down 14 percent from 4.19 Singapore cents in the year-ago period, the filing said. The trust said DPU decline was due to the one-off reversal of a dividend distribution tax provision. Around 10 percent of income available for distribution was retained, AIT added.

The total portfolio committed occupancy was at 87 percent as of end-2021, excluding the Mariner building in Hyderabad, which has been vacated for redevelopment, the filing said.

Sanjeev Dasgupta, CEO of the trust’s manager, said around 11 percent of the park population was back in the office by year-end.

“Despite the challenging leasing environment, approximately 2.8 million square feet of our portfolio was leased or renewed in 2021 through our active tenant engagement efforts,” he said in the statement, noting portfolio rental reversion for the year was a positive 5.5 percent, and rental collections for offices were a robust 98 percent.

“We are encouraged by the early signs of leasing interest and expect leasing momentum to pick up based on ongoing tenant discussions,” he said. “To strengthen portfolio resilience and enhance sustainable returns to our unitholders, we are actively undertaking asset enhancements and strategically diversifying to new economy assets such as data centres and logistics/industrial facilities.”

Y Ventures started at Add by CGS-CIMB as a proxy to big data, e-commerce