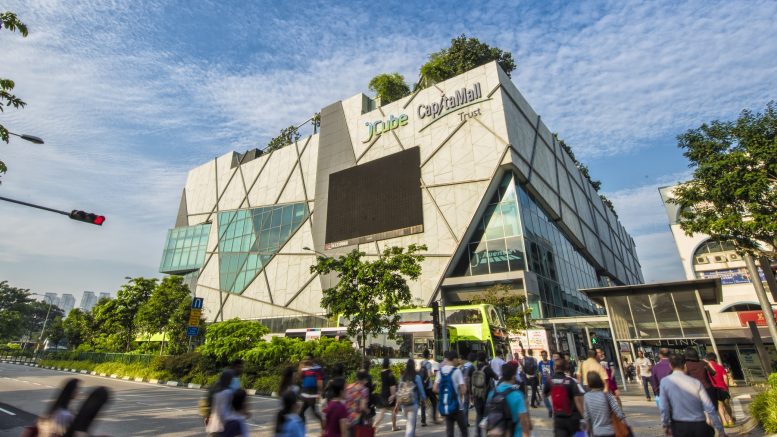 This item was originally published on Tuesday, 25 January 2022 at 12:40 a.m. SGT; it has since been updated with more details.

CapitaLand Integrated Commercial Trust (CICT) has entered a deal to sell the JCube mall to an indirect subsidiary of CapitaLand Group for S$340 million, according to a filing to SGX late Monday.

JCube, located in Singapore’s Jurong Gateway in the Jurong Lake District, is a five-storey mall with three basement levels and a roof garden. The property is located near the Jurong East MRT station and bus interchange. The mall has Singapore’s only Olympic-sized ice rink and has an IMAX theater.

The property has a 95.5 percent committed occupancy rate as of end-December, the filing said.

CICT said the net proceeds from the divestment are around S$334.7 million, with an estimated net gain of around S$56.7 million.

“The property is one of CICT’s three malls in the Jurong East region and the smallest by NLA [net leasable area]. The other two CICT malls are Westgate and IMM Building. This sale is in line with the manager’s portfolio reconstitution strategy to unlock value and re-invest the proceeds into other investment opportunities being assessed in Singapore,” CICT said.

Under the deal, Tanglin R.E. Holdings will give CICT a right of first refusal over the property for 10 years over a commercial component if the property is redeveloped into a new mixed-use development or commercial development, the filing said.

In a separate statement, CapitaLand Development said CapitaLand Retail Management, a wholly owned subsidiary of CapitaLand Investment, would continue to operate JCube while it explores options to reposition or redevelop the mall in line with Jurong Lake District’s development.

The mall is located near the future Jurong integrated transport hub, which will include community and civic institutions, CapitaLand Development noted.

The deal is expected to be completed in the first quarter of this year, CICT said.

CapitaLand Development is the development arm of the CapitaLand Group, with a portfolio valued at around S$22 billion as of end-September 2021.