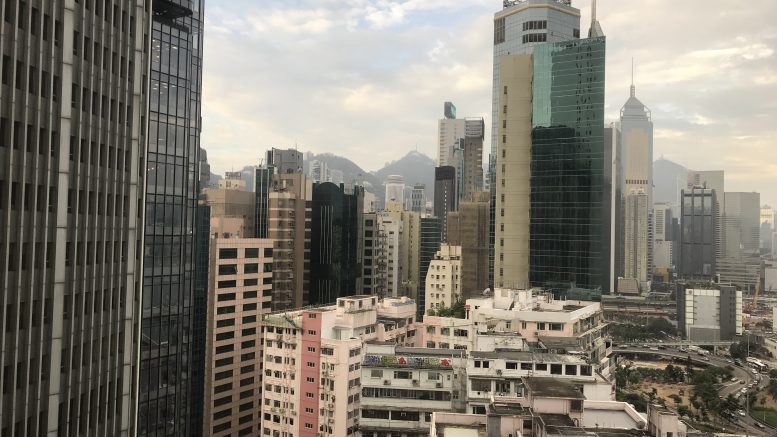 In addition, the stock is trading at a 53 percent discount to the bank’s appraised net asset value, DBS said in a note Monday.

In early September, Hongkong Land said it planned to buyback up to US$500 million worth of shares, a program extended until end-2022, the note said.

“This should improve its capital structure and enhance shareholders’ value. Since then, the company has repurchased 38 million units from the market, which prompted strong share price rally,” the note said.

DBS also said the Central office market may be bottoming, with the office vacancy rate improving to 4.8 percent on a committed basis in September from 5.5 percent in June amid a modest increase in new leases.

“Despite the lack of tourist spending caused by the border closure, tenants’ sales of its virtually-fully let retail portfolio in Central increased quarter-on-quarter and year-on-year in the third quarter of 2021, thanks to domestic consumption revival. This resulted in reduced rental reliefs,” DBS said.

That should help passing rents further recover and offset any shortfall from the Central office portfolio, DBS said.

If mainland China gradually re-opens, this should also boost the retail sector recovery this year, the note said.

DBS raised its target price for Hongkong Land to US$6.64 from US$6.55, keeping a Buy call.

The company, which is listed on the London Stock Exchange, with secondary listings in Singapore and Bermuda, is a landlord and property developer in China, Hong Kong, Jakarta and Singapore. Jardine Strategic owns 50.78 percent of Hongkong Land as of 16 April 2021, according to SGX data.