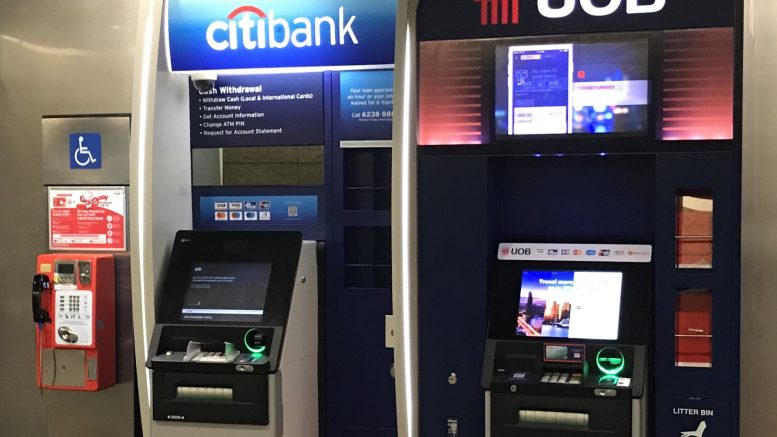 Citibank and UOB ATMs in Singapore

UOB has entered a deal to acquire Citigroup‘s consumer banking business in Indonesia, Malaysia, Thailand and Vietnam in an around S$4.9 billion deal the bank is calling transformational.

The cash consideration for the proposed deal will be a premium of S$915 million plus the net asset value of Citigroup’s consumer business, which was around S$4.0 billion as of end-June 2021, UOB said. That included around S$9.1 billion of loans, S$6.2 billion of deposits and around S$6.7 billion in assets under management, the filing said.

Citigroup’s consumer business had a customer base of 2.4 million as of end-June 2021 and generated income of around S$500 million in the first half of 2021, the filing said.

“The acquired business, together with UOB’s regional consumer franchise, will form a powerful combination that will scale up UOB Group’s business and advance our position as a leading regional bank,” Wee said in the statement.

The proposed deal will expand UOB’s partner ecosystem and is expected to double its existing retail customer base in the four markets, accelerating the Singapore bank’s targets by five years, the filing said.

The acquisition in each country is conditional on regulatory approvals in the each country the Citigroup consumer business is in, plus in Singapore, the filing said.

UOB said the Citigroup consumer business’ around 5,000 employees, including senior leadership, will be transferred to UOB.

UOB said the deal completion is expected between mid-2022 and early 2024.

Koufu upgraded to Buy by DBS as earnings outlook improves