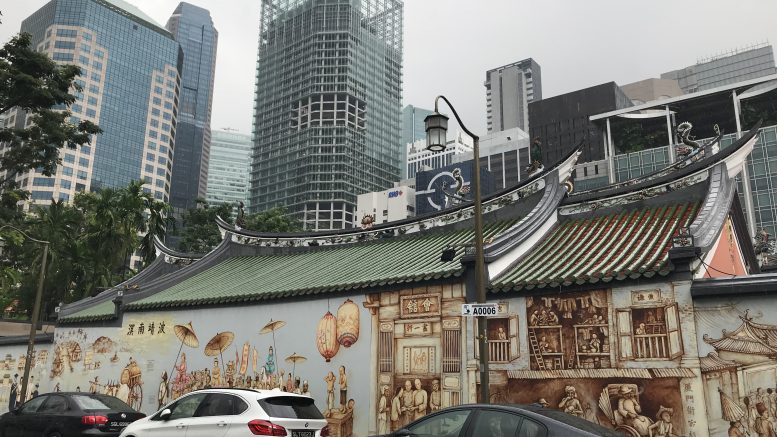 This item was originally published on Saturday, 8 January 2022; it has since been updated to add an item on ECON Healthcare (Asia).

IFAST Corp. has entered a deal to acquire an 85 percent stake in BFC Bank, which is fully licensed in the U.K. for around 25 million British pounds, or around S$45.9 million from BFC Group, in a move to add a digital bank to its wealth management platform, the Singapore-based fintech said in a filing to SGX Friday.

Ezra Holdings said Friday its judicial managers filed on 30 December 2021 to place the company in liquidation, saying there is no longer any prospect it can continue as a going concern.

Read more: Ezra Holdings: To be placed in liquidation

Hiap Seng Engineering and Vibrant Equities, which is 40 percent-owned by Vibrant Group, said Friday they have entered into a subscription agreement for Vibrant Equities to take up S$8 million of new shares in either Hiap Seng Engineering or a New Listco if the listing is transferred, and S$8 million in options, with each option carrying the right to acquire one new share.

In a filing to SGX, Hiap Seng Engineering said: “The proposed transactions, if entered into, will allow for certainty of funding resulting in the company being able to reduce its outstanding debt obligations, which is vital for the continuity of the group as it will allow the group to continue as a going concern, and upon the exercise of the options, the company will also have further access to funds for working capital.”

Boldtek Holdings said Friday that Ng Eng Tiong will no longer be participating in the company’s proposed placement, and the placement will proceed without his portion of 16.67 million shares.

The company will issue 56.67 million new shares on the completion of the placement, Boldtek said in a filing to SGX.

Nordic Group‘s bid to acquire Starburst Holdings has met its pre-condition of approval by Nordic’s shareholders and now is intended to become a firm offer, according to a filing to SGX Friday.

The offer is unconditional with the exception that Nordic must receive acceptances representing at least 50 percent of Starburst’s shares, the filing said, adding Nordic has received irrevocable undertakings for a total 69.7 percent of Starbust’s shares from Yap Tin Foo and Edward Lim Chin Wah.

Read the offeror’s filing to SGX.

GS Holdings warned Friday it expected to swing to a net loss for 2021 after a “significant negative impact” to its revenue from the reduction and termination of branding, operation and procurement (BOP) agreements.

Trans-China Automotive Holdings said Friday it has allocated S$3 million of its initial public offering (IPO) proceeds for the construction of a new dealership in Guangzhou.

The company has signed a letter of intent with Genesis Motor Sales (Shanghai), the official importer and distributor in China for Genesis, which is Hyundai Motors’ relatively new premium brand, according to a filing to SGX. Upon completion, Trans-China Automotive Holdings will be the exclusive partner for Genesis in Guangzhou City, with the dealership set to open in the second quarter of 2022, the filing said.

The unrealized los will be posted in the other comprehensive income statement and isn’t expected to be reclassified to its consolidated statement of profit or loss, the company said in a filing to SGX. The final results are set to be published before end-March, the company said.

QT Vascular said Saturday that at its extraordinary general meeting (EGM) shareholders had overwhelmingly approved its proposed acquisition of Asian Dental Group and its proposed diversification into the new business.

Advanced Holdings‘ subsidiary Advanced Engineering Holdings has entered a deal to sell all of Guided Wave Inc. (GWI) to U.S.-based COSA Xentaur Corp., a subsidiary of Process Insights Holdings, for US$2 million, or around S$2.69 million, plus the closing cash payment of US$612,547, according to a filing to SGX Friday.

COSA Xentaur has a manufacturing agreement with GWI, which automatically renewed for one year on 11 November 2021, the filing said.

“As the purchaser has shown intention to set up its own manufacturing facilities, the company has determined that there is a high possibility that the manufacturing agreement will be terminated in the near future. As such, GWI would lose a major customer and the total profit of GWI is projected to decrease,” Advance Holdings said in the filing.

China Mining International said Saturday it planned a placement of 70 million new shares to raise S$2.98 million to raise funds for working capital and for the growth, development and expansion of its businesses, particularly the agriculture business, and to explore new business opportunities.

Spackman outlook slashed by RHB after film comes up short