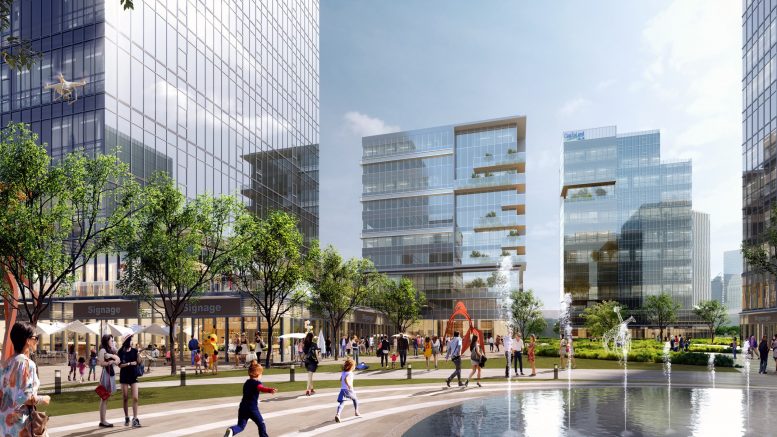 ST Engineering said Thursday its shipbuilding business in Pascagoula, Mississippi, in the U.S., has received a second Polar Security Cutter (PSC) contract from the U.S. Department of the Navy.

Ascott Residence Trust said Thursday it has completed the acquisitions of three out of four student accommodation assets it entered deals for in the U.S. The purchase of the Philadelphia property, the Wilmington property and the Raleigh property, which were interconditional, has been completed, the trust said in a filing to SGX Thursday.

The deal for the fourth property, located in Kent, is expected to be completed in February 2022, the trust said.

Ascott Residence Trust said it had used around S$25 million of the proceeds of its S$150 million private placement in September for the purchase of the Philadelphia property.

Tong Jinquan, a Chinese mogul and the largest unitholder of ESR-REIT, has sold off part of his holding in the REIT.

Korean drama producer Spackman Entertainment Group said Thursday it has completed the disposal of Frame Pictures, and it has ceased to be a subsidiary of the company.

Don Agro International said Thursday it has launched a joint project with startup Octaviana, which produces a new organic fertilizer called Live Soil. Under the project, Don Agro planted a field of winter wheat using Live Soil, with harvest expected in summer 2022, the Russia-based agricultural company said in a filing to SGX.

“The proposed acquisition will enable the group to capture opportunities within the fast-growing financial and technology business,” Asia Vets said in a filing to SGX. “In addition to its established continuing sponsorship and licensed corporate finance business, and intellectual property advisory business, the management of the target group also has a proven track record in the development and use of distributed ledger technology platforms and digital asset solutions, which has been deployed by a Monetary Authority of Singapore licensed digital
asset exchange.”