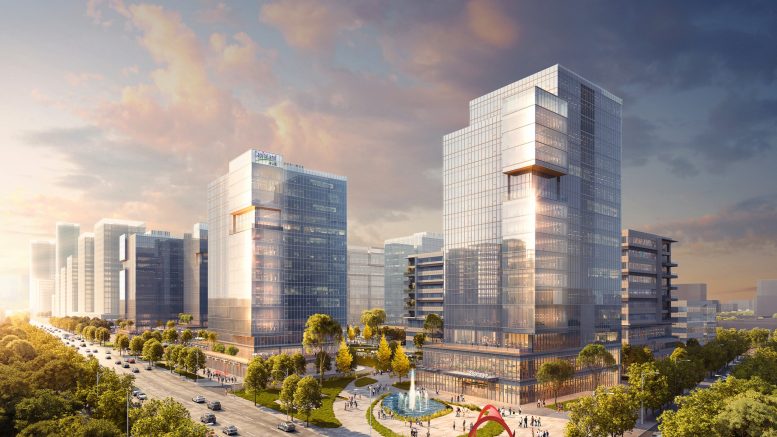 Tan Tze Shang, CEO of CLD (China), said in the statement: “The new business park will enable CapitaLand to further tap into the promising growth prospects of Yangtze River Delta and support the group’s pivot to new economy assets.”

The site is a five-hectare plot of land in the central business district of Suzhou New District, with a construction area of more than 220,000 square meters, the statement said. The project will have multi-tenanted buildings, which can cater to demand from new economy sectors, as well as community and lifestyle amenities, the statement said.

Green technologies, including solar panels and rainwater harvesting will be incorporated, the statement said.

The project construction will begin in 2022, with an expected completion date in 2024, the statement said.

While CapitaLand Development (CLD), the development arm of CapitaLand Group, will handling the master planning and development of the business park, listed-entity CapitaLand Investment will manage the operations, the statement said.

Suzhou New District is the city’s second-largest national development zone after the Suzhou Industrial Park; the new district occupies only 2.5 percent of Suzhou’s land area, but accounts for around 10 percent of the city’s GDP, the release said.