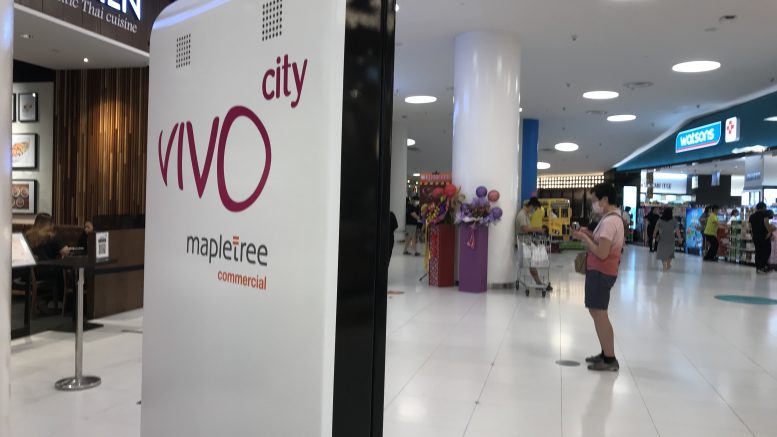 This item was originally published on Wednesday, 29 December 2021 at 2:52 a.m. SGT; it has since been updated to include Koufu Group.

Sembcorp Marine‘s wholly owned subsidiary PPL Shipyard, or PPLS, has reached a deal to defer receivables from Borr Drilling to 2025 from 2023, the rig builder said in a filing to SGX Tuesday.

ComfortDelGro’s wholly owned subsidiary ComfortDelGro S.E. Asia has entered a deal to sell its entire 70 percent stake in Vietnam Taxi Co. Ltd. (VTCL) to Helios Service and Investment, according to a filing to SGX Tuesday.

Singapore Exchange (SGX) and the Shenzhen Stock Exchange (SZSE) have entered a memorandum of understanding (MOU) to set up a link for exchange-traded funds (ETFs) to provide both exchanges’ investors more options, SGX said in a filing Tuesday.

Forchn International, which had approached EC World REIT‘s manager in May about a potential transaction for all of the REIT’s properties, has backed out of a potential deal, the REIT said in a filing to SGX Tuesday.

Read more: EC World REIT: Forchn backs out of potential acquisition of all of the REIT’s properties

Hatten Land‘s wholly owned subsidiary Hatten MS has entered a termination agreement to unwind its acquisition of Velvet Valley, which owns the Unicity Project at Seremban Malaysia, the Singapore-listed company said in a filing to SGX Tuesday.

Digilife Technologies has entered a deal to acquire 71 percent of Stradbroke Investments from TG Holdings HK for S$7.65 million in an all-share deal, according to a filing to SGX Wednesday.

Correction: An earlier version of this article stated the wrong day Digilife Technologies made the announcement. The announcement was published to SGX early Wednesday.

Koufu Group requested a trading halt before market open Wednesday, pending the release of an announcement. Koufu has previously said it is looking to expand its Dough Culture and Grove QSR outlets to more locations.

Koda Ltd. said Tuesday all of its factories located in Long An Province, Vietnam, have resumed full operating capacity amid a higher vaccination rate. In early October, the company had said its Vietnam operations were at 50 percent of capacity.

“In the meantime, the group continues to adhere to strict measures of wearing mask, safe-distancing and regular testing, amongst others,” Koda said in a filing to SGX.

Blumont Group said Tuesday it would would delay seeking shareholder approval to change its name to Southern Archipelago Ltd. as the company needs additional guidance from Singapore Exchange Regulation on the matter.

Del Monte Pacific to shutter, divest some US facilities in restructuring