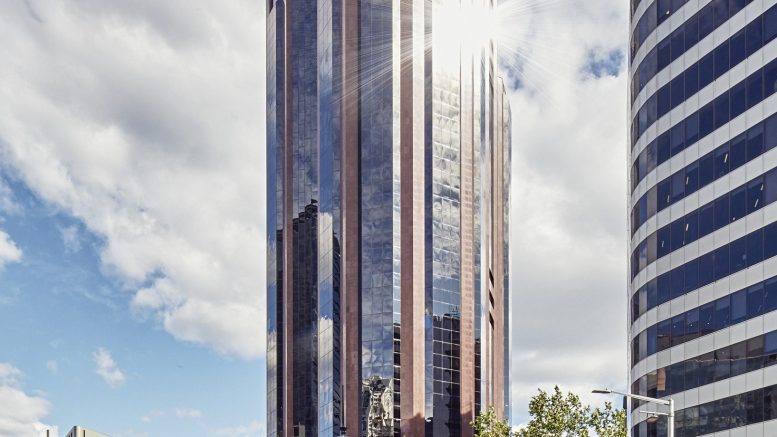 CapitaLand Integrated Commercial Trust (CICT) has entered a deal to acquire 50 percent of Greenwood Plaza, a mixed-use development in North Sydney central business district (CBD) in Australia, for A$422 million, or around S$409.3 million, the trust said in a filing to SGX Thursday.

Mirvac Commercial Trust will hold the remaining 50 percent of the property, the statement said.

Greenwood Plaza includes a 28-storey office tower, a two-story office building and a retail center, with the CBD location set to benefit from urban renewal plans for North Sydney, the filing said. The committed occupancy is at 94.9 percent, the trust said.

The deal will be funded via a combination of debt, divestment proceeds from One George Street and the remaining proceeds of around S$95.9 million from the trust’s private placement earlier this month, CICT said.

On a pro forma basis, assuming the property was acquired on 1 January 2021 and held through end-June, the distribution per unit (DPU) accretion would be an estimated 1 percent, or around 0.09 Singapore cent, CICT said.

CICT said the purchase prise is in line with the independent valuation from Savills Valuations.

The deal includes a A$7 million rental guarantee for the potential impact on tenants due to Sydney’s ongoing Covid situation, the filing said.

Tony Tan, CEO of the trust’s manager, said the deal will expand CICT’s prescience in Sydney, following the acquisitions of 66 Goulburn Street and 100 Arthur Street , and will diversify the trust’s income sources.

“The total investment of approximately A$1.1 billion (S$1.1 billion) in the three Sydney properties will provide CICT with a new engine of growth in a developed market with strong fundamentals, and the potential to ride on the city’s gradual recovery and rejuvenation in the mid to long term,” Tan said in the statement.

He noted CICT’s Singapore assets make up around 91 percent of the total portfolio value, with only 9 percent overseas exposure after the three Australia properties are acquired.

The deal is expected to be completed in the first quarter of 2022, CICT said.

Read more details about the acquisition.