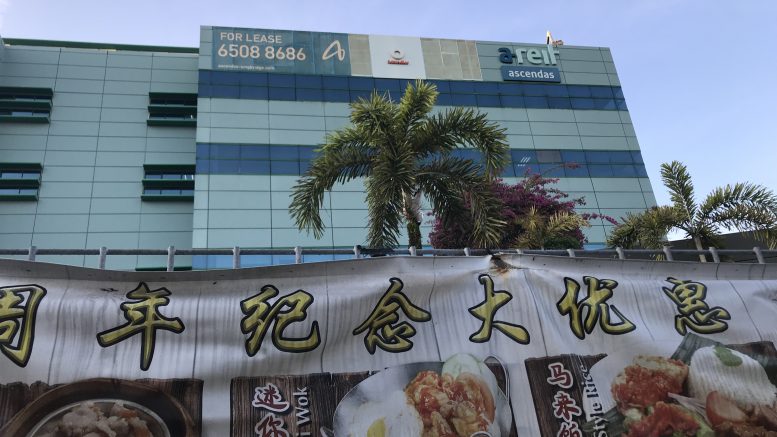 Around 2.76 million new units of Ascendas REIT were issued at S$2.9651 each as payment of 20 percent of the management fee for the 1 June to 30 November period, with 579,021 units issued to Ascendas Funds Management (S) (AFM) and 2.18 million units issued to CLI RE Fund Investments (CLIRE), according to a filing to SGX Monday.

CapitaLand Investment is also deemed interested in the units via its wholly owned subsidiaries CLI FM and CLI International, the filing said.

Keppel Data Centres’ deemed interest in Keppel DC REIT increased to 20.001 percent from 19.972 percent previously due to its shareholdings in Keppel DC Investment Holdings and Keppel DC REIT Management, which is a joint venture of Keppel Telecommunications & Transportation and Keppel Capital Holdings, according to a filing to SGX Monday.

The change in interest was due to the issuance of 613,155 new Keppel DC REIT units at S$2.5288 for payment of the development management fee, divestment fee and acquisition fee, the filing said.

Keppel Corp. and Keppel T&T are also deemed interested in the units, the filing said.

MM2 Asia’s interest in Vividthree Holdings fell to 37.34 percent from 41.53 percent previously after the completion of Vividthree’s placement of 37.5 million new shares on 15 December, according to a filing to SGX Monday.

Melvin Ang, executive chairman of MM2, who holds 26.43 percent of MM2, is deemed interested in the shares of Vividthree, the filing said.

Koo Chiang, executive chairman and CEO of Credit Bureau Asia, has transferred around 11.5 million shares of the company, or an around 4.99 percent stake to his daughter, according to a filing to SGX Monday.

As she is not a director or CEO of the company, and she is over 21 years old, Koo Chiang is not deemed interested in the shares, the filing said.

His interest in the company has fallen to 63.4 percent from 68.3 percent previously, the filing said.

Ng Kim Keang, executive director and chief operating officer of AnnAik, acquired 670,000 shares on the company in the market for S$50,773 on 17 December, taking his holding to 2.88 percent from 2.65 percent previously, according to a filing to SGX Monday.

The company has four main businesses: Distribution of stainless steel piping products, manufacture of steel flanges, engineering construction of piping process system and environmental business via building and operating industrial waste-water treatment plants in China, according to a Reuters profile.