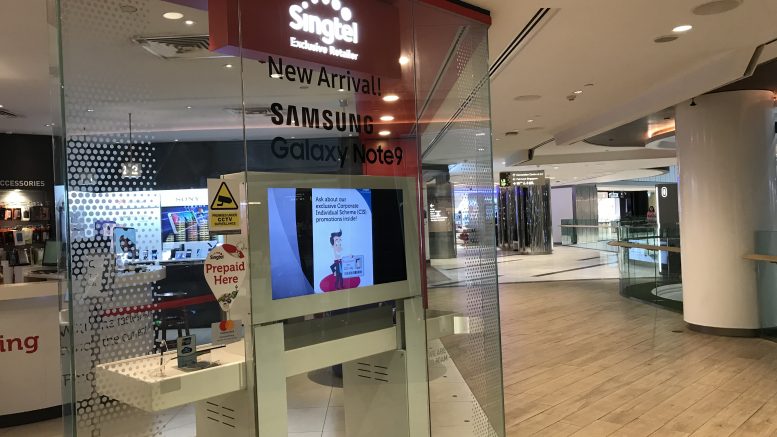 This item was originally published on Saturday, 18 December 2021 at 23:07 SGT; it has since been updated to include Singtel.

Singtel‘s Australian subsidiary Singapore Telecom Australia Investments (STAI) has received an unfavorable taxation ruling from the Federal Court of Australia that resulted in a net tax exposure, with related interest and penalties, of around A$304 million, the Singapore-listed telecom said in a filing to SGX Sunday.

City Developments has acquired a 250-year leasehold site in Birmingham’s Paradise precinct from Paradise Circus for 6.5 million British pounds, or around S$11.8 million, to develop into a residential tower, the Singapore-listed property developer said in a filing to SGX Friday.

OCBC Bank has executed a sustainability-linked cross-currency swap with Cromwell European REIT, providing better rates if green targets are met, the two entities said in a filing to SGX Friday.

Chip Eng Seng has entered a deal to sell the property at 69 Ubi Crescent in Singapore to Merlions Two (BVI) for around S$28 million, the Singapore-listed property company said in a filing to SGX Friday.

Manulife US REIT said Friday it has completed the acquisition of Tanasbourne Commerce Center in Portland, Oregon, in the U.S. The REIT’s manager said it used US$33.85 million of the around US$100 million the REIT raised in a private placement of new units to partially fund the acquisition of the property.

In addition, on Saturday, Manulife US REIT said it completed the acquisition of the Park Place property in Chandler, Arizona, which was partially financed with the proceeds of the placement. The REIT has now used US$94.7 million of the placement proceeds for acquisitions, the Saturday filing said.

Read more: Manulife US REIT enters deals to acquire 3 properties in Arizona and Oregon for around US$202M

Parkway Life REIT said Friday it has completed the acquisition of a nursing home in the Greater Tokyo region of Japan.

Pacific Star Development reported Friday that its independent auditors, Ernst & Young, have included a disclaimer of opinion over the going concern assumption in their report on the audited financial statements for the fiscal year ended 30 June.

Vallianz Holdings said Friday its wholly owned subsidiary, PT United Sindo Perkasa (PT USP), has set up a branch office in Taiwan to expand its client base for its services in shipbuilding, engineering and fabrication for projects such as offshore wind farms and ports.

Beng Kuang Marine said Friday it has completed a private placement of 37.2 million new shares at S$0.09 each, raising up to S$3.35 million. The shares will begin trading on SGX on Monday.

Parkson Retail Asia said Saturday that Parkson Vietnam has received a ruling from the Vietnam International Arbitration Centre (VIAC) in the legal proceedings with its landlord over the Da Nang premises, which had ceased operations in January 2021.

The VAIC’s decision was for Parkson Vietnam to compensate the landlord 68.9 billion dong, or around S$4.1 million, for items including rent accrued, late payment interest and early lease termination, the department store operator said in a filing to SGX.