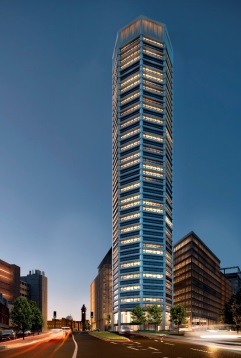 City Developments has acquired a 250-year leasehold site in Birmingham’s Paradise precinct from Paradise Circus for 6.5 million British pounds, or around S$11.8 million, to develop into a residential tower, the Singapore-listed property developer said in a filing to SGX Friday.

The estimated total development cost is around 110 million pounds, or around S$200 million, the filing said, adding completion is expected in 2025.

The development will be City Development’s third private rented sector (PRS) project in the U.K. since 2019, after The Junction in Leeds and CDL Hospitality Trusts‘ acquisition of The Castings in Manchester, the filing said, adding the developer now has a pipeline of more than 1,300 units in its U.K. PRS portfolio.

“Since we made our first foray into U.K.’s PRS in 2019, we have actively explored opportunities to broaden our portfolio by investing in landmark projects that allow for placemaking,” Kwek said in the statement, adding the project in Birmingham would enhance the company’s recurring income segment.

City Developments said it plans to scale up its U.K. PRS portfolio in key regional cities.

The project, to be called Octagon after the planned shape of the building, will be 49 storeys, or 155 meters, tall and have 370 build-to-rent units, the filing said.

The building, which has full full planning permission, will have residential and commercial net lettable area of around 258,170 square feet and 2,230 square feet, respectively, City Developments said.

The tower will have one-, two-, and three-bedroom residential units, as well as a retail unit on the ground floor and concierge services and amenities, the filing said.

The Octagon is located an around 10 minute walk from the main Birmingham New Street station and an around 20 minute walk to the upcoming high speed 2 railway at Birmingham Curzon Street Station, which will reduce commute time to London by half, to around 45 minutes, the filing said.

Birmingham is the U.K.’s second-largest economy after London, the filing said.

City Developments also has five PRS projects in Japan, located in Osaka and Yokohama, and the company is exploring opportunities in other key markets, such as Australia.