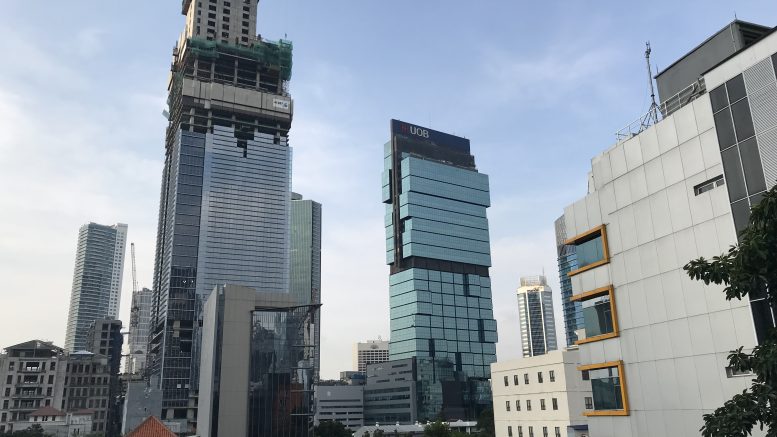 Keppel Corp.’s shareholders have overwhelmingly approved the company’s bid to take over SPH by a margin of 98.22 percent in favour, compared with 1.78 percent against the proposal at an extraordinary general meeting (EGM), according to a filing to SGX Thursday.

Citigroup has chosen its preferred bidders for as it sells off its consumer assets in select markets in Asia, putting Bank of Ayudhya in the lead for a US$2 billion deal for the Thai retail assets and UOB at the top of the list for the Indonesian assets, deal valued at “several hundred million dollars,” according to a Bloomberg report which cited people familiar with the matter.

In addition, Standard Chartered is the leading bidder for Citi’s retail consumer assets in Malaysia, the report said, citing the people familiar with the matter.

The proceeds will be used for general corporate purposes, including refinancing the existing borrowings, Mapletree Logistics Trust said in a filing to SGX.

CapitaLand Integrated Commercial Trust (CICT) said Thursday the disposal of One George Street has been completed.

ValueMax Group said Thursday it acquired all of Hersing Credit, a Singapore-based licenced moneylending company, for S$280,000 in cash, which will be paid from internal resources.

“The acquisition is in line with the group’s strategy to expand its moneylending business,” the pawnshop operator said in a filing to SGX.

Civmec said Thursday its order book has increased to A$1.15 billion after being awarded a major construction contract in the resources sector and several infrastructure and maintenance projects.

The major construction contract is for the Western Australia-based Mount Holland lithium project, which will produce lithium concentrate to be transported to a refinery Civmec will be building, the company said in a filing to SGX. The Mount Holland project is being undertaken by subsidiaries of ASX-listed Wesfarmers and U.S.-listed Sociedad Química y Minera de Chile S.A. through their 50:50 joint venture manager Covalent Lithium.

The infrastructure project is to build a bridge as part of Transport for NSW A$2.6 billion Sydney Gateway road project, the filing said.

Manhattan Resources‘ indirect subsidiary PT Kariangau Power has entered a deal to sell two vacant land parcels located in East Kalimantan in Indonesia to PT Dermaga Perkasapratama for 271.27 billion rupiah, or around S$25.73 million, the company said in a filing to SGX Thursday.

Hiap Seng Engineering‘s judicial managers have entered a non-binding term sheet with an investor group led by an associate company of Vibrant Group for an up to S$16 million cash injection, according to a filing to SGX Thursday.

Toh Khai Cheng, age 93, has retired as chairman and non-executive director of Heeton Holdings, effective end-December, to pursue personal interests, according to a filing to SGX Thursday.