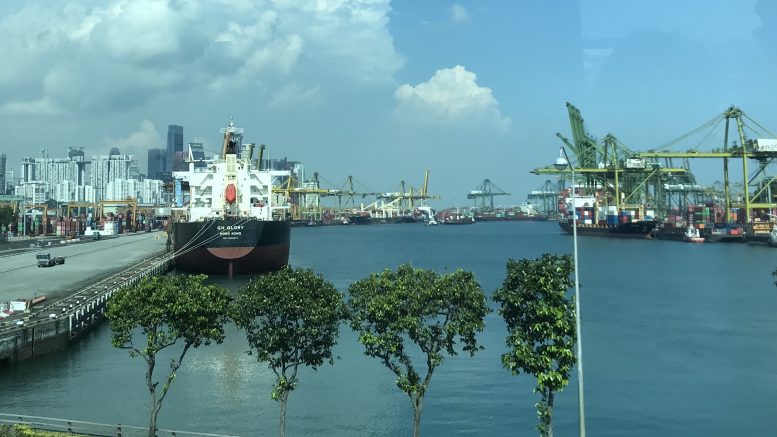 The zero-emission vessel, which will be powered by green ammonia, will transport and distribute green ammonia fuel from a production facility in Berlevag, Noraway, to Svalbard, which is a Norwegian archipelago between Norway and the North Pole, SembMarine said.

The shipments, which will start from 2024, will be used to replace coal-fired power, the filing said.

“We are excited in pursuing new green technologies and making it a future reality,” he said in the statement.

SembMarine said it has been working since 2015 on a strategy shift to increase its focus on renewables and other green products. The company is a founding member of the Global Centre for Maritime Decarbonisation (GCMD).

The company has been contributing to a GCMD-backed study to define safety and operational envelopes for an ammonia-bunkering pilot in Singapore, the filing said.

Keppel REIT upgraded to Add by CGS-CIMB amid office recovery