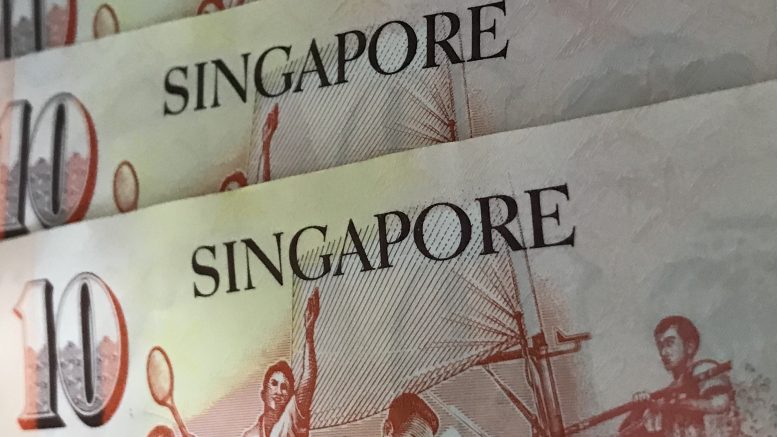 Mapletree Logistics Trust has launched a private placement and preferential offering of new units to raise around S$700 million to finance proposed acquisitions in China, Japan and Vietnam, according to a filing to SGX Tuesday.

The private placement to eligible institutional, accredited and other investors is expected to raise around S$400 million from the issuance of 209.32 million to 215.05 million new units, the filing said.

The preferential offering of up to 163.41 million new units to existing unitholders is expected to raise around S$300 million, the trust said.

The private placement’s pricing will be determined via a book-building process, with the preferential offering pricing to be determined afterward, the filing said.

Mapletree Investments, which holds an around 31.59 percent aggregate interest in Mapletree Logistics Trust, has provided an irrevocable undertaking to take up its allotment of new units in the preferential offering, the filing said.

Mapletree Logistics Trust has entered deals to acquire a portfolio of 16 logistics properties, including 13 in China and three in Vietnam for 4.11 billion yuan (S$870 million) and US$95.9 million (S$129.9 million), respectively, the trust said in a filing to SGX late Monday.

The trust said also plans to acquire an effective 97 percent interest in a logistics facility in Japan from an unrelated third party for around 35 billion yen, or around S$416.3 million.

“The manager believes that the equity fund raising is an efficient and overall beneficial method of raising funds to part-finance the purchase consideration for the acquisitions. Further, the preferential offering allows existing unitholders the opportunity to participate in
the equity fund raising,” the filing said.

Existing unitholders will receive an advanced distribution before the new units are issued, for the period of 1 October to the date immediately prior to the issuance, with the estimated amount at 1.45 Singapore cents to 1.47 Singapore cents, the trust said.

The new units are expected to be issued on or around 2 December, the filing said.

The manager has already obtained a general mandate from unitholders to issue the new units at its annual general meeting, which was held in July, the filing said.