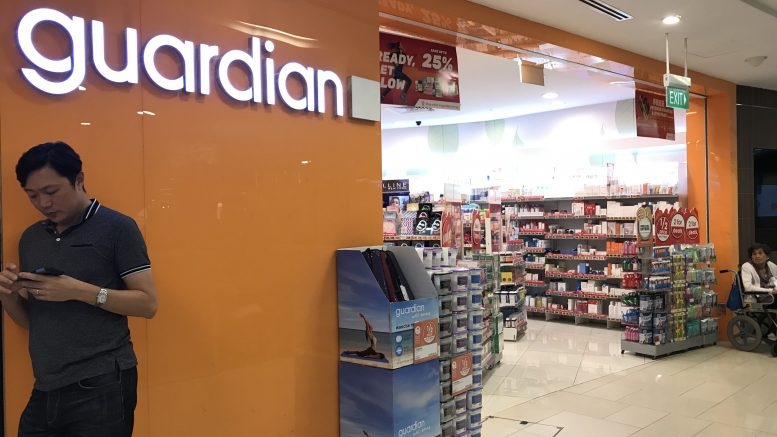 Outlet of Guardian, which is owned by Dairy Farm, at Kinex mall in Singapore. Photo taken pre-Covid

Ng, who was appointed to his position in June of this year, will serve a one-month notice, as set out in his contract, with the last day of employment set for 11 December, Sim Leisure said in a filing to SGX.

“Ng will continue to ensure smooth functioning of the finance team operation of the group until his last day of employment,” the filing said. “The company is in the process of finding a replacement for the position of financial controller or equivalent … in the meantime, the company intends to engage an external accounting firm to handle the group’s financial requirements.”

“The board continues to evolve its composition as it responds to the changing business environment in which the company operates and will benefit from a smaller board and more external expertise,” Dairy Farm said in a statement filed to SGX.

Cheesewright is a former president and CEO of Walmart International, the company said.

Christian Nothhaft is the former CEO of Watsons Personal Care Stores for China and managing director of Fortress, and the current chair of China Group International Investment, the filing said.

Delman Lee, George Ho, YK Pang, Clive Schlee and Percy Weatherall will be retiring from the board, effective 30 November, the filing said.

Mandarin Oriental International said Friday Lincoln K.K. Leong would be retiring from the board, effective 1 December.