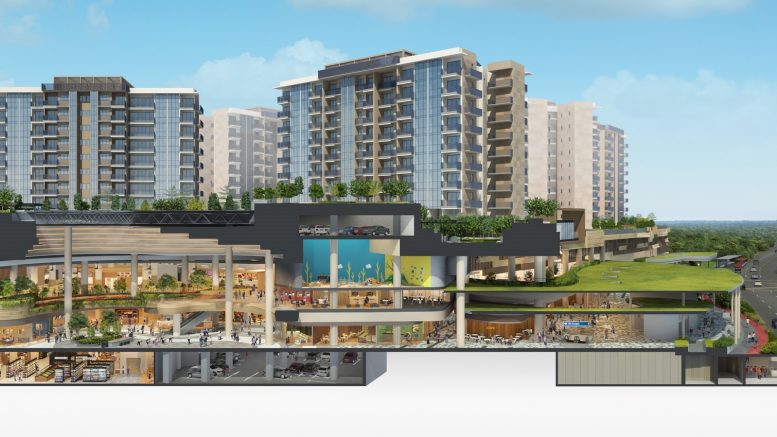 City Developments reported Tuesday a continued stable recovery for the third quarter, pointing to improved property sales and hotel rates and occupancy. The property developer also provided an update on its exposure to Chongqing Sincere Yuanchuang Industry, or Sincere.

Prime US REIT and Temasek

Mission Well and Tansri Saridju Benui have filed an intention to call an extraordinary general meeting (EGM) of QT Vascular shareholders, with the intention to replace management, including Eitan Konstantino, the CEO and executive director, according to a filing to SGX Tuesday.

Ascott Residence Trust said Tuesday it has completed the acquisition of a student accommodation asset in Illinois, U.S. The trust also said it has used around S$61.3 million of the proceeds of a private placement to partially fund the acquisition.

Raffles Infrastructure said Tuesday Singapore Exchange Regulation (SGX RegCo) had declined the company’s appeal of the regulator’s decision to reject the listing of a planned issuance of new shares to a subscriber.

SGX RegCo’s denial of the appeal cited concerns that the company is planning the placement despite having substantial balances of around S$18.8 million of funds, including unutilised proceeds from a September 2018 placement, Raffles Infrastructure said in a filing to SGX. SGX RegCo is also seeking a special audit on the company’s cash transactions, the filing said.

“Since receiving the SGX RegCo’s reply, the Company has been in discussion with the subscriber as this represents the non-fulfilment of a key condition of the subscription agreement,” Raffles Infrastructure said. “There is no certainty or assurance that the subscription will eventually be completed even if the company makes an appeal to the SGX RegCo for reconsideration.”

ValueMax Group said Tuesday it has successfully raised S$20 million in gross proceeds from the first issue under its commercial paper facility, with the digital securities issued to the subscribers to be listed on the ADDX digital platform.

Tan Hong Lee and her immediate family subscribed for S$5.04 million of the issuance, or 25.2 percent of the entire issuance; Tan is a controlling shareholder and the wife of Yeah Hiang Nam, the managing director and CEO of ValueMax.

Shinvest Holding said Tuesday it had disposed of more of its holding in Espressif Shanghai, selling 356,703 shares via an auction on China Merchant Securities’ online platform, with an average selling price of 182.48 yuan a share, for net cash proceeds of 65.02 million yuan.

The company currently holds around 2.94 million Espressif Shanghai shares, Shinvset said in a filing to SGX.

The proceeds will be used tor general working capital purposes and/or investment opportunities, the filing said.

“The expected net loss is attributable to the impact caused by Covid-19 disruption to the group’s operations that includes productivity of construction projects, increase of direct construction cost as well as the performance of the hospitality business,” Keong Hong Holdings said in a filing to SGX.