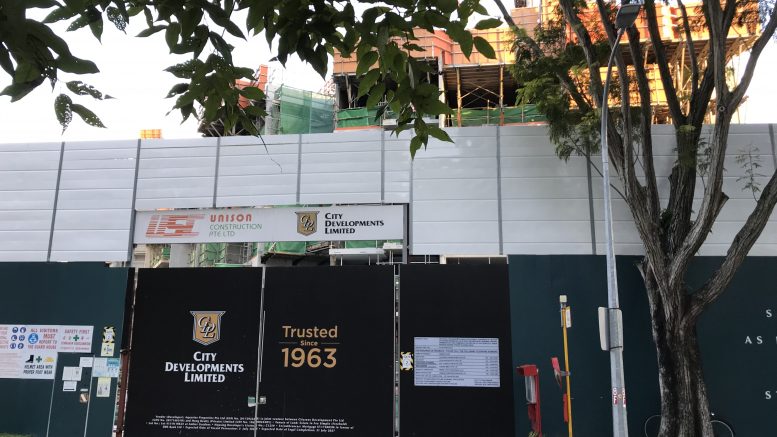 City Developments reported Tuesday a continued stable recovery for the third quarter, pointing to improved property sales and hotel rates and occupancy. The property developer also provided an update on its exposure to Chongqing Sincere Yuanchuang Industry, or Sincere.

“The outlook remains relatively optimistic as Singapore and the rest of the world transition to living with Covid-19 as an endemic disease,” City Developments said in a statement filed to SGX.  “The Singapore government’s commitment to progressively reopen the economy and community signal the prospect of a stronger economic and social recovery.”

The Singapore property development segment, including joint ventures, sold 414 units with a total sales value of S$784.4 million in the third quarter, City Developments said in a filing to SGX.

“The group’s strong sales were largely attributed to luxury developments like Irwell Hill Residences (launched in April) and Amber Park and its mid-market project – Sengkang Grand Residences. These projects are, to date, 74 percent, 84 percent and 91 percent sold, respectively,” the company said.

But the company noted construction activity at various project sites are facing labour and resource shortages due to cross-border restrictions and supply-chain disruptions.

“Demand continues to be supported by wealth management, family office, technology and fintech companies. In the mid-term further rental growth is expected, underpinned by the tight supply in the next three years. The majority of the office leases that are expiring by 2021 have been negotiated,” the filing said.

For retail, footfall and gross turnover sales were resilient in the third quarter, despite evolving Covid-19 restrictions, City Developments said.

“The Vaccination-Differentiated Safe Management Measures implemented in retail malls are unlikely to impact footfall and tenants’ sales. Flexible lease terms are offered to tenants to adapt to the challenging retail market situation and to entice new retailers. As at 30 September 2021, the committed occupancy for retail space remains strong at 93.3 percent, above the national average of 91.9 percent. Economic activities and consumer sentiments are projected to improve with the progressive easing of border restrictions and higher vaccination rates.”

City Developments reported the hotels saw stronger demand as borders are gradually reopening and on the summer season demand.

In the third quarter, global occupancies rose to 55.4 percent, up from 36.1 percent in the year-ago quarter, while global revenue per available room (RevPAR) jumped 117.1 percent on-year to S$91.6 in the quarter, from S$42.2 in the year-ago period, City Developments said.

“Singapore hotels continued to be sustained by the government quarantine business and local demand for staycations but were impacted by the heightened alert measures, which affected F&B and events. The rest of Asia saw mixed performances, driven by improvement in Seoul and Beijing but impacted by the lockdown in Taipei,” the filing said.

City Developments said it was progressing on its plan for a Singapore-listed REIT with U.K. commercial assets.

“The proposed initial public offering and listing will be timed when market conditions are more favourable. In tandem with global economic reopening, the current backdrop of trading volatility, lacklustre macroeconomic conditions and uncertainties arising from the prolonged pandemic, are expected to ease going into 2022,” the filing said.

City Developments noted that in September, it divested its 50.1 percent joint controlling interest in Sincere Property Group, and at the same time, entered a deal to accept the transfer of a 15.4 percent interest in Shenzhen Tusincere Technology Park Development (Shenzhen Tusincere) from Sincere Property as partial repayment for an outstanding loan.

“The divestment in Sincere Property and the Shenzhen Tusincere Agreement are in the best interests of the group as these allow the group to exit its investment in Sincere and avoid being engaged in a possibly long drawn bankruptcy reorganisation of Sincere,” the filing said.

In October, City Developments fully settled an obligation related to a corporate guarantee provided to a Sincere-related entity, with the obligation and interest coming to US$213.1 million, around US$100,000 more than provisions made in 2020. City Developments said it would continue to protect its rights as a creditor.

Olam acquires 85 percent of YTS for US$90 million