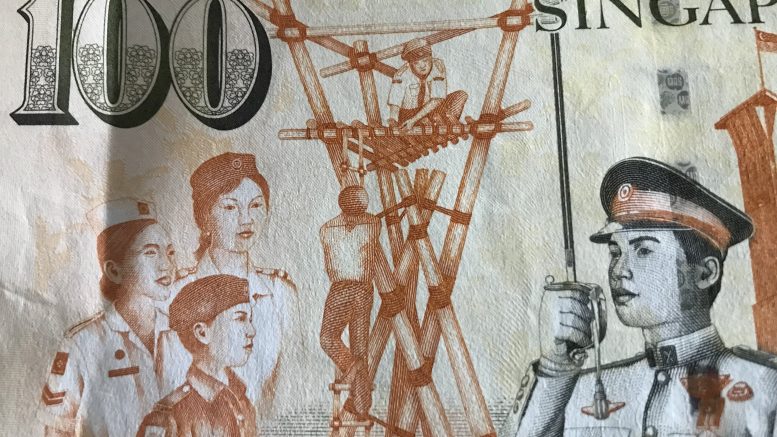 This item was originally published on Monday, 15 November 2021 at 9:53 a.m. SGT; it has since been updated to include more details.

The apparent winning bid — which values SPH at S$3.9 billion — will give shareholders the choice of either S$2.40 a share, including S$1.602 in cash and 0.782 SPH REIT unit valued at S$0.798 each, or an all-cash offer of S$2.36, according to filings to SGX Monday. The valuation of the SPH REIT component of the offer is based on the REIT’s closing unit price of S$1.02 on Friday.

SPH said Cuscaden’s offer was “superior” to Keppel’s, and that subject to the independent financial advisor’s opinion and in the absence of a better offer, the company’s independent directors have preliminarily recommended shareholders vote against Keppel’s bid at the upcoming meeting and vote in favour of Cuscaden’s offer.

Last week, Keppel Corp. had sweetened its bid to acquire SPH to S$2.351 a share, in a cash-and-share offer, topping its previous bid of S$2.099 and a competing bid of S$2.10 in cash from Cuscaden Peak.

Keppel’s second offer had increased the cash component by S$0.20 a share, to S$0.868, as well as including 0.596 Keppel REIT unit and 0.782 SPH REIT unit. Keppel noted improving stock market conditions have boosted the cumulative value of Keppel REIT’s and SPH REIT’s units since the initial offer was made. Keppel said the latest bid was its final offer.

Cuscaden Peak’s latest offer tops its previous one by 14.3 percent, and marks a premium of 2.1 percent over Keppel’s last bid as well as a premium of 60 percent to the “undisturbed” share price of SPH of S$1.50, which was its closing price on 30 March, the last full trading day before the company announced its strategic review. The cash option of Cuscaden’s offer only just pips the value of Keppel’s bid.

“The Cuscaden scheme is a compelling opportunity for shareholders to realise their investment at an attractive premium,” SPH and Cuscaden said in a joint announcement.

Depending on how many SPH shareholders elect to accept Cuscaden’s cash-and-share option, the acquirer may need to undertake a chain offer for SPH REIT’s units, which will be at a minimum offer price of S$0.964 a unit. SPH said it would distribute up to 45.2 percent of the total SPH REIT units outstanding.

Cuscaden’s bid is subject to approval from regulators, and the completion of the media business’ restructuring, which is expected to be completed around 1 December, the filing said. Cuscaden has already submitted applications to the Monetary Authority of Singapore for approval of the REIT acquisition, to IMDA for approval of the indirect acquisition of the M1 stake and to the Australian Foreign Investment Review Board (FIRB), the filing said.

Cuscaden said it is “working expeditiously” to completed the deal by February 2022.

SPH will be spinning its media businesses out into a separate, not-for-profit entity.

SPH also owns, manages and develops purpose-built student accommodation (PBSA) valued at more than S$1.4 billion as of end-August; that portfolio holds properties across 18 cities in the U.K. and Germany.

In the aged-care sector, SPH has interests in Singapore and Japan, and owns one of Singapore’s largest private nursing homes, Orange Valley.

Why headphones and speakers could be trade war casualties

LMIR Trust downgraded to B-plus by Fitch, with negative outlook