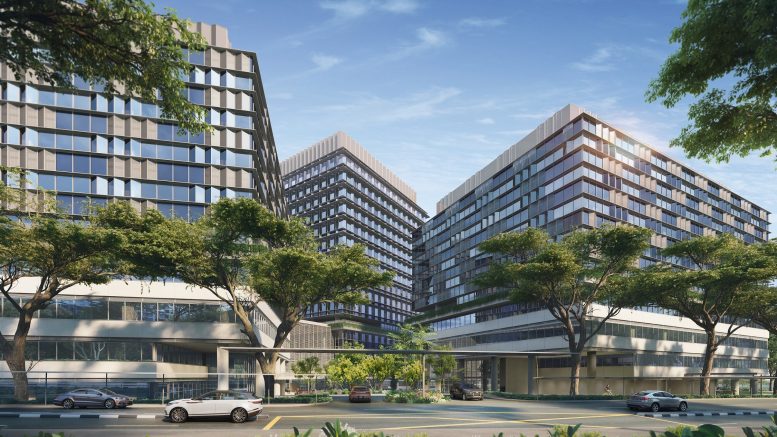 An artist's rendering of the planned redevelopment of 1 Science Park Drive in Singapore by Ascendas REIT and CapitaLand Development (CLD). Credit: CapitaLand

Ascendas REIT and CapitaLand Development (CLD) have entered a joint venture to invest S$883 million to redevelop Singapore’s 1 Science Park Drive into a life science and innovation campus, the companies said in a joint filing to SGX Monday.

Under the deal, Ascendas REIT has sold the property to the joint venture for S$103 million, which was about 4.9 percent above the average of two independent valuations of the site, the filing said. The site, which is 31,856 square meters, is a prime location at the main entrance to Singapore Science Park 1 (SSP 1), near the Kent Ridge MRT station, the filing said.

CLD, which is the development arm of CapitaLand Group, will hold 66 percent of the joint venture, while Ascendas REIT will hold the remainder, the filing said.

Ascendas REIT will finance its portion of the joint venture with the proceeds of the sale and external financing, the filing said.

Jason Leow, CEO of CLD, said the new project would complement the ongoing redevelopment of 3 Science Park Drive, which will include a serviced residence.

“We are seeing resilient demand for quality business park properties in Singapore, and are encouraged that several reputable technology and biomedical R&D players have already expressed strong interest for the upcoming spaces at SSP 1,” Leow said in the statement.

“The joint venture with Ascendas Reit to redevelop 1 Science Park Drive will increase our recurring income stream, while conserving our balance sheet strength for other opportunities. It also demonstrates the continued synergy between CLD and CLI [CapitaLand Investment] entities to jointly create value for stakeholders,” he added. CapitaLand recently restructured, with the development arm being taken private, while CapitaLand Investment became the listed entity.

Tay estimated the investment, once it is stabilised, would generate a net property income yield of around 6.3 percent. He added, the REIT would have the first right to acquire CLD’s 66 percent stake when the redeveloped property reaches stabilised occupancy.

The planned redevelopment is for three interconnected Grade A buildings — two nine-storeys and one 15-storeys — and an event plaza with retail, food and beverage and other supporting amenities, the filing said, noting the project will have a gross floor area of 116,200 square meters. The event plaza will include an amphitheatre which can seat up to 300, the filing said.

The project will have a threefold intensification of the current maximum allowable density, the filing said.

The existing property is 32 years old, and has two storeys and three basement levels.

The completed project will target tenants in new economy sectors, such as biomedical sciences, digital and technology, the filing said.

So far, eight older buildings in SSP 1 have been redeveloped, with the former Mendel, Maxwell, Pascal and Pasteur buildings now 12, 14 and 16 Science Park Drive, and owned by Ascendas REIT. 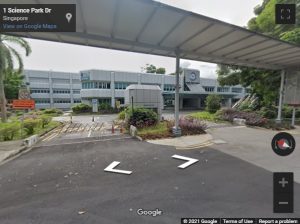 Manulife US REIT started at Add by CGS-CIMB