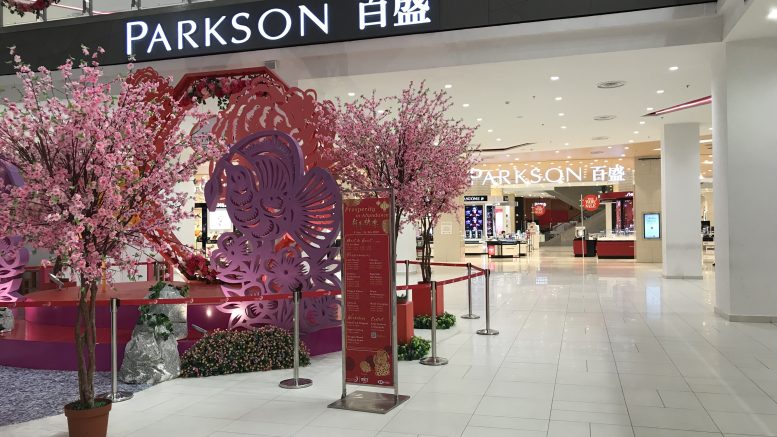 Parkson Retail Asia reported Friday its net loss for the July-to-September quarter widened to S$15.88 million from a year-ago net loss of S$5.92 million amid the continued impact of the Covid-19 pandemic and restrictions in its markets.

Revenue for the quarter tumbled 75.2 percent on-year to S$13.41 million, the department store operator said in a filing to SGX.

Total expenses dropped 52.1 percent on-year in the quarter to S$30.38 million from S$63.45 million in the year-ago quarter, the company said.

“The Covid-19 pandemic continues to impact negatively (in a different degree in the regions where the group operates) on the group’s financial performance / cash flows for the quarter/period ended 30 September 2021,” Parkson Retail Asia said in the statement. “Nevertheless, the group has taken proactive steps, amongst others, to reduce costs including salary reduction and negotiation with landlords for rent waiver/reduction.”

Parkson Retail Asia said it has launched an online sales platform to maintain a revenue stream.

In addition, “the group is cordially discussing with its suppliers to continue trading with Parkson stores amid this difficult time, and is, as usual negotiating on payment plan/arrangement,” the filing said.

The number of stores in the period fell to 39, from 46 in the year-ago period.

The financial statements were prepared on a going concern basis, but with a caveat: “The ability of the group to continue as a going concern is dependent on the successful recovery from the Covid-19 pandemic, the group generating sufficient cash flows from its operations to meet its working capital needs and the continued support from its suppliers and creditors.”

Earlier this year, Parkson Retail Asia announced it would change its financial year end to 31 December from 30 June.