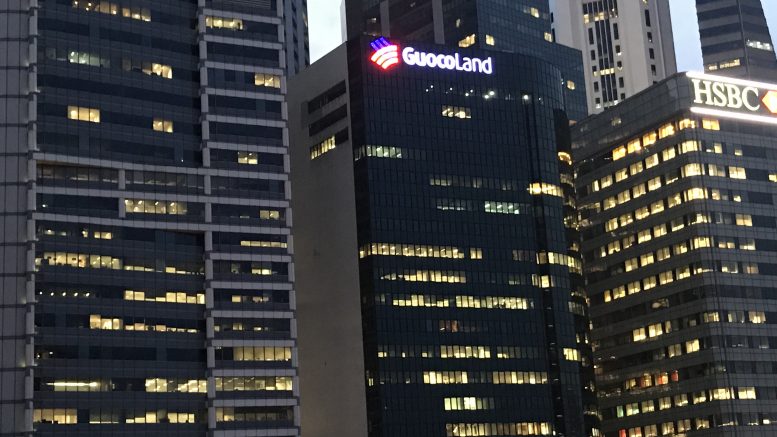 Keppel Corp. said Thursday it has appointed Till Vestring, age 57, as lead independent director, effective 1 November. He was first appointed as a director in 2015. Vestring is currently an advisory partner at Bain & Co. SE Asia, Keppel said in a filing to SGX.

The appointment was due to Danny Teoh, chairman of Keppel Corp., having served more than nine years on the board, meaning he would no longer be considered independent at the beginning of 2022, the company said in the filing.

Along with the appointment, the board has adopted a charter for the role as providing support for the board chairman and the board to ensure effective corporate governance, provide leadership in situations where the board chairman is conflicted and facilitate communication between the board and shareholders as necessary, the filing said.

Ezion Holdings said Thursday that as part of its restructuring plan and cost cuts, Eng Chiaw Koon will resign his position as deputy CEO of the company and as director of the company’s subsidiaries.

In addition, Poh Leong Ching, who is the chief business development officer and country head for China and Mexico, will be redesignated as project director and will focus on the divestment plans of the group’s remaining assets, Ezion said in a filing to SGX.

The company said it plans to reduce its headcount by 71 percent, and the CEO, chief financial officer and the chief business development officer will all take a further 25 percent pay reduction after the 40 percent cut since July 2020.

GuocoLand said Thursday it appointed Wee Lieng Seng, age 63, as independent non-executive director and chairman of the nominating and remuneration committees, and a member of the audit and risk committee, effective Friday.

Abdullah Bin Tarmugi, age 77, has retired as independent non-executive director by rotation at the annual general meeting, effective Thursday, GuocoLand said in a filing to SGX.

After resigning those positions, Lee will assume the role of group chief financial officer of Hutchison Port Holdings Ltd. (HPH) and be a director of various companies in the HPH group, the filing said.

Manhattan Resources said Thursday it has tapped Gao Daiying Diana, age 40, as chief technical officer, effective Thursday. From 2019 to 2021, she has been at Athena Energy Holdings and from 2016-2018, she was at WorleyParsons, the company said in a filing to SGX.

On Thursday, Manhattan Resources, which provides logistics and support services to the coal mining and oil and gas industries in Indonesia, said it had completed a deal to acquire Athena Energy Holdings.

Amplefield said Thursday it has appointed Dato Sri Yap Teiong Choon, age 68, as executive vice chairman and executive director, effective Thursday. Dato Sri Yap will be principally responsible for the group’s management, in effect taking on the role of CEO, the company said in a filing to SGX.

“Taking into consideration Dato Sri Yap’s wealth of experience and network of contacts in the business and markets which the group operate in, including Malaysia, Philippines and Vietnam, the nominating committee is of the view that it would be in the interests of the company and the group to, and has recommended to the board to, appoint Dato Sri Yap to lead the company’s management team (including the other executive directors) and spearhead the group’s business and strategic direction and growth,” Amplefield said in the statement.

CFM Holdings said Thursday Ross Yu Limjoco, age 51, has retired as director at the conclusion of the annual general meeting on Thursday. He was appointed to the position in 2019, the company said in the filing to SGX.

The filing contains two concerns from Ross: One was the that he was asked to step down after the nominating committee decided to source additional candidates for potential appointment as an independent director. The second was a concern over the due diligence, still ongoing, into the acquisition of shares of SING-SWE MM Biotechnology, the filing said.

How China’s textile sector would weather a potential trade war