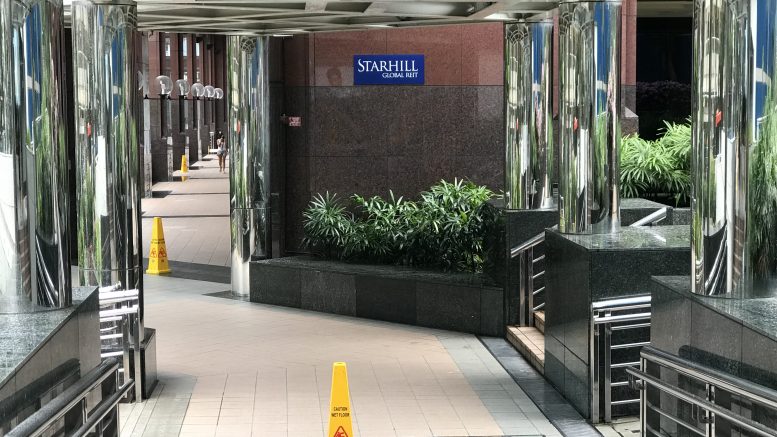 Gross revenue for the three months ended 30 September rose 4 percent on-year to S$44.8 million, the REIT said in a filing to SGX. For the fiscal first quarter, retail contributed around 86 percent of revenue, while office contributed around 14 percent, the filing said.

The retail portfolio’s committed occupancy was at 97.1 percent at end-September, the REIT said.

“Tenant sales and shopper traffic at the Wisma Atria Property improved quarter-on-quarter by 7.4 percent and 16.6 percent respectively, as
the mall continues to navigate through tightened Covid-19 measures,” the REIT said in the filing.

“The retail podium at The Starhill is partially operational and open to public, with luxury retailers such as Louis Vuitton and Shiatzy Chen. Notably, Balmain opened its first store in Malaysia at the mall,” the REIT added.

The REIT noted average daily trading volume of its units increased 188 percent quarter-on-quarter after it was included in the FTSE EPRA Nareit Global Developed Index.

Starhill Global REIT said its portfolio was valued at around S$3 billion across 10 mid- to high-end predominately retail properties in six Asia-Pacific cities across Singapore, Australia, Malaysia, China and Japan.