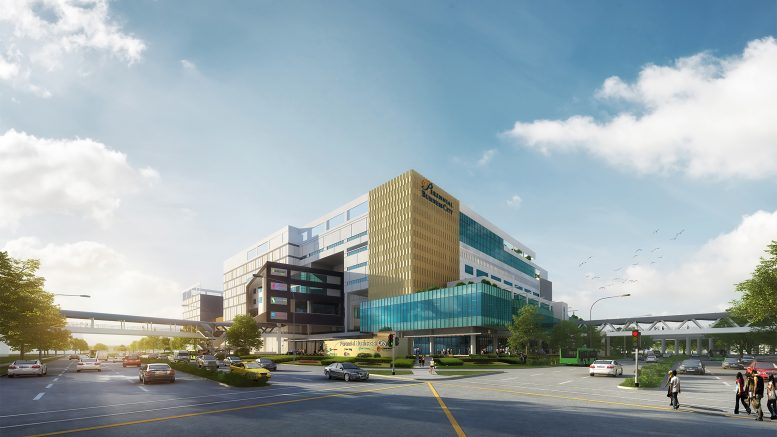 Keppel Infrastructure, under a S$50 million contract, will work with Perennial Holdings to roll out its energy-as-a-service (EaaS) platform at Perennial Business City to build a low-energy business park, the two companies said in a filing to SGX.

The property, located at Singapore’s Jurong Lake District, is set to have the largest number of electric vehicle chargers installed at a business park development in the city-state, with a total of 20 chargers, the companies said.

The more than one million square foot total net lettable area development is expected to reduce its building energy consumption by more than 40 percent when it starts operations progressively from 2022, the filing said.

“EaaS is an appealing value proposition as customers, such as building or asset owners, do not need to make upfront capital investment, and instead enter into a recurring subscription and service contract for energy usage and management,” Lim said in the statement.

More than 1,800 solar panels will be installed on the roof of Perennial Business City to maximise usage of scarce renewable resources in Singapore, and reduce the business park’s net carbon footprint, the statement said. The panels will generate around 1,200 MWh a year, equivalent to powering around 300 four-room flats, reducing around 500 tonnes of annual carbon emissions, the statement said.

Keppel Corp. is the parent company of Keppel Infrastructure.